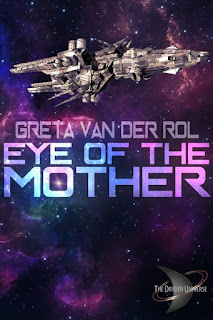 After far too long I've finally hit the 'publish' button on a brand new story, set in the Dryden Universe. I've posted a few articles about it already, so everyone should know it's on the way.

Eye of the Mother features brand new characters Brent Walker and Tian Axmar, with a guest appearance by Admiral Ul-Mellor, who starred in A Matter of Trust. Here's the blurb:

A distant star has exploded. The ripples of its passing will rock the Empire.

When fate throws Brent Walker and Tian Axmar together, it's strictly a business arrangement. She's an Imperial agent with a problem to solve, he's a space jockey with an empty bank balance and a tramp freighter for hire.

Somebody's murdering Yrmaks and Humans, and leaving a mysterious calling card. Somebody wants interspecies war. Tian hires Brent to help her investigate, delving into Yrmak customs and beliefs to understand what's going on. It's an increasingly dangerous game, with more than just lives at stake. Before it's over Brent and Tian will be faced with choices which will change both of them forever.

For anyone who might be disappointed in this new tack, rest assured I'm not over hot admirals. I'm sure you'll LOVE Admiral Jak Prentiss, whose story is developing in my current WIP.

Meanwhile, I hope you'll all fall in love with Brent. He's a very nice guy. 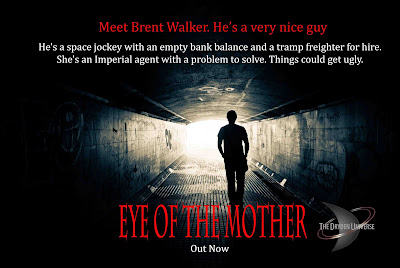