You knew when Kirk and McCoy broke out the Romulan ale in Classic TREK, things were about to go south. If they were sipping Saurian brandy, the subject was deep and personal. And if Scotty went for the centuries-old Scotch—or, worse, something he identified merely as “green”—the Enterprise was in dire straits indeed.

It’s safe to say that as we humans move out into the galaxy, exploring and colonizing, we’ll take our taste for intoxicating spirits with us. And, judging by our most popular screen visions of the future, the aliens we encounter will have their own versions of wine, beer and hard liquor to share with us.

The crew of Kirk’s Enterprise begged, traded for and, yes, even occasionally stole their precious bottles of personally preferred potables, much as Navy crews did in war times on Earth.  The engineer of Captain Jonathan Archer’s Enterprise (ST:ENTERPRISE) was even rumored to have a still in Engineering. What he used for raw materials I don’t remember.

And finally we come to the heart of this week’s post. What will our intrepid space adventurers drink at the end of a long hard day of space adventuring? Storage is limited on ships; it’s not like they could carry an infinite supply of Budweiser or Jack Daniels with them, replicators notwithstanding.

If you’re thinking beer, wine and grain alcohol, you’d better think planets, preferably ones with human colonies. In the newest, roughest colonies all you’d likely get is some local wine, corn liquor maybe, or home-brewed ale. Distilling fine whiskey takes a few centuries in place, or technology and knowledge dedicated to the task. The good news is that often, historically, farmers on Earth have distilled grain of all kinds into whiskey in order to transport it economically, converting a relatively low-value, high-volume crop into a high-value, low-volume one. So an agricultural colony with a lot of unwanted corn might be tempted to sell corn whiskey to passing ships, for example.

Now, of course, there can be alien cultures that have compatible potables. Here anything goes as a base material. As the creator of your universe, you can come up with your own Saurian brandy and Romulan ale, with any characteristics you want to give them. I’ve always loved the fact that Romulan ale causes Jim Kirk to lose control and gives him such a hangover the next day.

In Fools Rush In, the third in my Interstellar Rescue series, we meet pirate captain Sam Murphy. Murphy and his crew spend weeks at a time onboard his ship the Shadowhawk. When they do get a shore leave, it may only be at a remote space station, or a sunless planetoid circling a jump node (the entrance to a kind of wormhole) in deep space. At those places ale made from mushrooms is often on tap. The flavor is, well, earthy at best, and it takes a few mugs to have any real effect.

If you have a few more credits to spend and a few more brain cells to lose, you can buy synthohol in most drinking establishments, too. Murphy often indulges in a shot or two at the end of a rough day aboard ship. This synthetic equivalent to grain alcohol is produced in a chemical lab and flavored artificially, in either light or dark versions. It has a characteristic sour smell and tastes like hell, but is sufficiently potent to be worth it.

Take a decent ’shroom ale, add some synthohol and you get grog, the favored libation of the spacers’ mash (party). Grog is guaranteed to get any party started (and ended in a riot).

Like most space captains, Sam Murphy saves the good stuff—generally rum from the planet of Paradon (where you can get anything), or bourbon filched from secret runs to Earth—for special occasions. You can join him for a drink when Fools Rush In comes out October 18. Pre-order it NOW on Amazon! 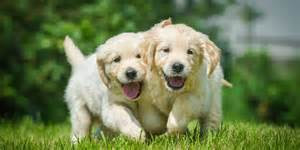 I had such a great response to my COVER REVEAL GIVEAWAY, I’ve decided to award TWO prizes!  Congratulations to Donna Owens and Dina Stornello, winners of the audiobook version of Trouble in Mind, Book 2 of the Interstellar Rescue series, AND a $10 Amazon Gift Card each!

Cheers,
Donna
Posted by Donna S. Frelick at 9:12 AM