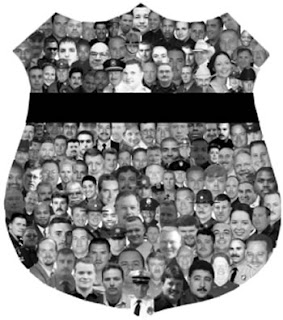 I'm adding a quick prologue here because I wrote this rather light-hearted blog before the tragic events unfolded Sunday morning in Baton Rouge where three officers--a sheriff's deputy and two city police--were shot and killed by gunmen. (This, of course, following closely on the heels of the terrible incident in Dallas where other police officers were killed.)

In light of this, I felt it would be disrespectful and uncaring not to add this somber preamble.

My heart goes out to the spouses, children, families and friends of the fallen officers and to fellow law enforcement in this stricken community. My thoughts are with them.

Police officers are an integral component of our nation and our communities, and I greatly honor the service given and sacrifices made by these men in the line of duty. May they rest in peace.

This is going to be a very chatty blog, because...well, because the past weekend has been that kind of a time for me--giddy, anticipatory (is that a word?) and fun.

So going backward in time...

A new story in the Inherited Stars universe is going to my editor tomorrow. Hurray!

What's that? You want more deets? But of course!

For readers who enjoyed Inherit the Stars, and its companion novelette Farewell Andromeda, this new chapter will be part of an upcoming themed anthology.

My short story will include at least one character that readers already know, and will flesh out some of the clues laid down in the first novel, Inherit the Stars.

The story takes place just a few moons (months) prior to Inherit the Stars in the Alliance-controlled era before Operation Reset, and takes place on some familiar turf as well as a planet that was only mentioned in the novel--the world of Carduwa.

Possibly the biggest news is that this story will introduce (as a non-POV character) the heroine of future book six--Inherit the Vengeance--the mysterious Captain Dava Jordan of the equally mysterious specialized courier ship, Calypso.

Look for an October release. The anthology will only be available for a limited time, and some of the sales proceeds will benefit a very worthwhile charity.

You want a sneak peek? You got it!

1.
"Freeze." When Captain Dava Jordan used that bone-chilling tone, no one asked questions.

Taro Shall, ship’s navigator, didn’t so much as blink as she stalked toward his Nav con, weapon drawn and eyes locked on her target. Thankfully, whatever that target was, it wasn’t him. Her aim was angled to the deck in the general vicinity of his feet.

Adini looked up from her counter. Taro! Her Flight Authority contact had let her know Calypso had berthed just fifteen tempas ago. It was hardly the first time a crewie had come looking for her as soon as his ship had set down, but it was the most welcome reappearance she could remember.

“Navigator Shall,” she said, giving him a big smile. “Four days almost to the secta. And you’ve really been to Cunari Nebula and back? How did you do it?”

Taro, who’d shifted forward at her warm greeting, now backed off a half step. “Trade secret.”


3.
He saw how her gaze had settled on the red diamond insignia on Calypso’s hull. She was registered in the Solomans, as were half the illicit trade ships in the known galaxy.

“Don’t worry,” Taro assured her. “We’re not pirates.” That much was true, though ‘discreet privateers’ wasn’t far off that mark.

5.
The captain planted her feet and set her jaw. “I’m not set up to fly passengers and sure as Bradley’s Rift I don’t need any trouble with the Ithian Alliance.” She shot a withering look at her navigator.

In addition to this story, I have two more novellas planned for late 2016 release. Each of these Inherited Stars Universe stories will build on the backstory of what came before and/or offer new insights into what happens next in the multi-book saga.

RWA Nationals just wrapped for 2016, this time in beautiful San Diego. I didn't attend, but it was interesting to follow along on Twitter and FB as peers and friends posted about all the happenings. 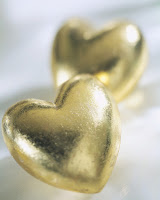 In case you've been living on another planet (hey, it happens with this crew!), the RWA(C) Golden Heart and RITA Award winners were announced Saturday night at the close of the conference. And...we had a SFR Brigade RITA winner in  Paranormal for a Time Travel Romance, Must Love Chainmail by Angela Quarles! Very exciting!

This year, they did the announcements for both the RITA and Golden Hearts winners at the same time, by category. I really like how that worked out. For readers, the "currently available" and "preview of coming attraction" being announced together must have been a hit. :)

Here's the link to the full list of announcements:  RWA(C) Golden Heart/RITA Winners

This was a moment three years in the making!

In 2013, we bred one of our mares to the then leading freshman sire in the nation, a Thoroughbred stallion named Diabolical.

In early February of 2014, our mare delivered a strapping chestnut colt that we eventually named after co-blogger Sharon Lynn Fisher's novel, Echo 8. Except...the American Jockey Club doesn't accept names with numbers in them, so we had to spell out the "Eight."

We raised little Echo here on our ranch until the summer of 2015 went he went off to prep for auction with dozens of other yearling Thoroughbreds of his crop. He sold in August.

Even though we no longer own him, as breeders we are still connected to him and every time he wins a race in New Mexico, we'll get a nice paycheck. I like how that works!

Well, Echo Eight ran his first race on Friday, and it was within driving distance for us so we thought it would be fun to go witness his debut. It actually turned into a nail-biter. Echo's debut on the track turned out to be a trial for the $175,000 Mountain Top Futurity, and ALL of the other horses had already run races with three of the four already being accomplished stakes winners or race winners.

He didn't win, but we were very grateful for a safe race and very proud of his effort considering the competition he was up against. If you'd like to see a photo recap of the race and more details, just pop over to our Rising Star Thoroughbreds FB page <(click here) for a run-down.

Oh, and this may not be the end of our "first race" excitement this year. We also have another colt named Blazing Away who's in training and may debut in his first race in the near future.

So that was my weekend. I'm sure Pippa and Donna will have fun posts this week on two big events they attended, Sharon has a new anthology debuting tomorrow, and Greta always has interesting posts, so be sure to stop back and catch up on all the news.