The Tomboys of Romance

Science Fiction Romance is a niche genre--a sub-subgenre--and a hybrid that combines the shiny aspects of technology found in Science Fiction with the emotional vulnerabilities of the human heart found in Romance. SFR often pits the attraction of the main characters against a universe of overwhelming odds, or an impossible dream of ever finding happiness. 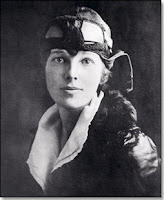 In SFR, the heroine is seldom a delicate flower, she is more often the hero's match, maybe not in raw strength, but in saavy, smarts and surviving on her wits.

She can more often be found in a flight suit or leather jacket and deck boots than a dress.  Her natural habitat might be in the captain's seat, the engine room, or instigating a brawl in a seedy watering hole on Cirrus 6.

So why do we write this stuff?  And from where do these daring, resourceful heroines manifest?

Through the SFR Brigade--a collective voice of some 170 writers and authors of SFR--I've heard a lot of "How I Came to Write SFR" stories.  Most profiles have a definite pattern, and they usually start...

I read Science Fiction as a kid, romance as a teenager, and later longed for stories that blended both. But I couldn't find any.  So I started writing my own.

I fell in love with the Han and Leia love story in Star Wars.  The impact of their conflicted romance set in the adventurous realm of a war in space completely captured my imagination, but I couldn't find any books like that.  So I started writing my own.

I was a Trekkie from way back, but most Science Fiction I watched was missing something.  It lacked the full blown emotional development of the characters or that ellusive happily ever after.  (I may have even dabbled in romantic fan fiction starring Spock or Captain Kirk.)  But I couldn't find any published novels like that.  So I started writing my own. 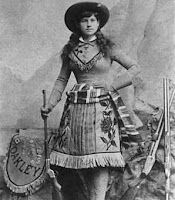 I also noticed that SFR writers often tended to be the more adventurous females as children.  We were the tree-climbers, the sole girl on the soccer field at recess, the ones who experimented with motorcycles, fast horses, martial arts or surfing, while our peers were content to dabble in lipstick colors and new hairstyles. We were aspiring Amelia Earharts, Annie Oakleys and Sally Rides.

We were seldom cheerleaders, more often found in the marching band or playing powderpuff football.  We thought exploring a forest or a museum was much more fun that hanging out at the mall.  We were curious and inquisitive--and sometimes daring--and we would often make our parents shake their heads in dismay.  How many times we heard: "That is not how a young lady acts!"

We usually preferred male company to female.  We were the girls-next-door, the sort the guys liked to hang out with, but not necessarily take out on Friday nights. (Until they got smart).  We were more often clad in jeans and sweatshirts than skirts and blouses. 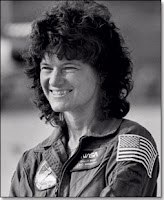 And we matured chasing our preferences for something exciting, non-traditional or beyond the norm.  We joined the military, law enforcement, became attorneys, pilots, scientists, engineers, and business owners, and continued to push the envelope on what a female should be, how she should behave, how much she could achieve...and what she should write.

And that's why we write Science Fiction Romance.  Because, just like the characters in our stories, we believe we can achieve anything we want, and overcome any obstacle, as long as we always dream big and never surrender.  Though we may have homes, careers, children and responsibilities now, our writing allows us to continue seeking the edge.

What do you think?  Do you consider yourself a Tomboy of Romance? Were/are you an adventuress? A risk taker?  Does my profile of a SFR writer fit you, or were your experiences far different?
Posted by L. A. Green at 6:39 PM

Email ThisBlogThis!Share to TwitterShare to FacebookShare to Pinterest
Labels: Tomboys of Romance