Happy last day of August! With all the happenings over the last few months, most of them traumatizing, I'm unsure whether to think "August, so soon?" or "August! At last!" Let's hope the last five months of 2020 turn out to be a little more user friendly, deal?  :)

On to my blog topic.

As science fiction romance authors creating fictional universes, women in space is hardly a new concept. It's pretty much business as usual for those of us who travel the stars in our imaginations.

But that hasn't been the case in the real world. 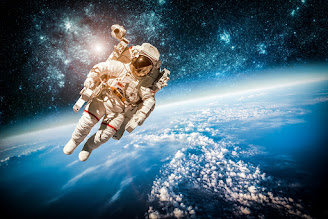 In the late 1960s and early 1970s, a total of 12 men walked on the moon. No women, of course, considering this was the era of "manned missions" and "men in space" and "one small step for Man." No, the women in this era were busy behind the scenes doing the math calculations that would get the male astronauts there--and back again--safely.

But this is the 2020s and times and attitudes have changed drastically since those early days in another era. Now women are regularly included on space mission crews. (In fact, the accepted language is now "crewed missions" rather than "manned mission," something I strive to include in my SFRs.)

Still, as of a source article dated August of 2019, only 64 of the 566 people who have flown in space have been women. Clearly, there's still some serious ground to be made up, and NASA's Artemis Program is planning to do just that.

As we re-set our sites on the Moon decades later, it's clear that the first Moon landing in over 40 years is going to include at least one woman.

What do we know about the selection process? 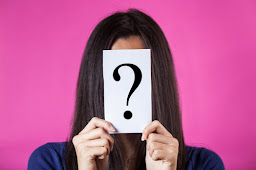 NASA administrator Jim Bridenstine has said that the first woman to walk on the Moon will be someone in the current astronaut corps who has worked aboard the International Space Station or ISS.

Of the 12 women serving as of 2019, not all had flown into space yet, but the good news is there are more women in the  astronaut training pipeline. In fact, the latest graduating class has a 45/55 percent ratio (5 women, 7 men).

Thanks to President Trump's Space Policy Directive 1 signed in 2017, there's a renewed interest in returning to the Moon and to space exploration, and with it, a larger role for women in space.

By 2024--less than 3-1/2 years from now!--when Artemis is planning to conduct it's first Moon landing, there could be many more females in the astronaut program training for future missions on the Moon, Mars and far, far beyond.

Maybe our science fiction romances aren't so far-fetched after all.

Sources for this blog:

Space.Com: Who Will be the First Woman on the Moon

THE JOYS OF FIFTH SEASON (REDUX)

There is a lot of weird stuff out there to talk about this week, but most of it is of a decidedly partisan nature. So, for those of you who would rather avoid that kind of messy discussion (and I don’t blame you), I’m offering up an update of an earlier post that’s appropriate to the end of August. On the other hand, for the political wonks among you, my more pointed remarks can be found on my personal blog here.

The Chinese call this time of year—roughly from the middle of August to the end of September—"fifth season.” Fifth season is not summer, not fall, but something all its own.

Here in the western North Carolina mountains, it’s the time of year when the days are still warm, but the nights start to get chilly. The light takes on a golden quality as the days grow noticeably shorter, coating the still-green leaves of the trees in a buttery glow. Queen Anne’s lace and milkweed cover the fields and roadsides, while coneflowers and bee balm rule in the garden. Bees busy themselves with storing up for the winter; butterflies with strengthening for their long migration to the tropics.

It’s not quite the time of harvest, but it is a time of savoring the last of summer: that final camping or fishing trip; that last visit to the beach or cabin if you are able to travel during the pandemic; the last of the white corn, tomatoes or watermelon from the garden. In the night sky, the Perseids rain down meteors if you’re lucky enough to see them. Or thunderstorms dump torrential rainfall from hurricanes coming up from the Gulf if you’re not.

In Chinese philosophy and medicine, Fifth Season is a time of storing energy, of things relating to the Earth element, proper digestion and metabolism, of taking in, absorbing and making use of what the universe is providing.

In a few weeks the kids will be back at school, if they aren’t already in your part of the country, even if only virtually. Vacation and the lazy days of summer will be over. Fall will be truly in the air—cold and crisp and smelling of apples, pumpkins and freshly sharpened pencils.

Take a moment to breathe in the sunshine and energy of Fifth Season before Fall brings long shadows and bright leaves.

(Apologies to Greta on the other side of the world, where the seasons are reversed!)

Authors often ask me how specific they should be when describing fight scenes.

My advice is to avoid getting too technical or the fight scene will read like a training manual. Too many details can slow down the pacing. Fights are fast and you want your action to read quickly so you can elicit an emotional response in the reader. You want readers to feel the excitement of the fight, not confusion over the words used to describe it. The terms you use will also depend on your audience. If you don’t write books filled with action-packed fight sequences, then it may be best to keep to more general fighting terms.

What if you want to showcase a particular awesome move or technique in the climax, but it’s too technical to explain at that moment? Describing in detail what’s happening in a fast-paced action scene will slow down the excitement. My advice is to explain it or refer to it earlier in the story, perhaps during a training session.

For example, in the original Karate Kid movie, we saw Mr. Miyagi practicing a technique on a piling at the beach. When Daniel-san asked about it, we learned that it’s called the crane technique and, "If do right, no can defend." Daniel practiced it on his own, and when he settled into the crane stance in the final scene, the audience knew this awesome move would make him a winner. If the technique wasn't explained until used in the story, the pacing would’ve slowed and the significance would’ve been lost.

I employed this idea a few times in Renegade (Survival Race book #3) as my hero and heroine were training for the Survival Race, a deadly blood sport where the last man (or woman) alive wins. Here is an excerpt from a scene in a training facility where one of the gladiators confronts the heroine, Katana, for knocking out the alpha female. Since the male gladiators don’t want to train with a female gladiator, she tries to pick fights to get some practice.

A very built, very grumpy looking warrior strode toward Katana in a tight, ratty tank top. Tattoos covered his shaved head and ran down his neck across his shoulders, chest, and both arms. If she had to guess, they probably covered the rest of his body, too.

“I hear you smacked around the alpha female.”

Well, that didn’t take long. Her second sparring session was about to begin. Good. She needed more hand-to-hand combat training. Lately, fist fights ended too soon and not in her favor. She fared better at a distance with swords, throwing knives, or arrows. “You mean the former alpha female? What’s it to you?”

“By who?” Whom Griff’s voice floated into her mind. Quiet, Griff. I’m trying to start a fight.

“Well Crowley, you did a crappy job protecting her seeing as how I knocked her out with one punch.”

And here we go.

She ducked Crowley’s punch and slipped to the outside angle. He followed up with another. She blocked and countered, making contact but not with enough force to cause pain. The guy was big. But she was quick. Unfortunately, speed didn’t matter in the end. The ground rose up and slammed into her back, and her elbow nearly snapped from his arm bar. “Keep your hands off Becky.”

He threw her arm down and started to leave.

“Wait. What was that last move you did?”

“That last move. Your takedown came from nowhere. What did you do?”

Seemingly confused, he shrugged. “A kata guruma from the knee.”

“Like this?” She mimicked the movements on an imaginary opponent.

“No, no. You enter on one knee, like this.” He knelt and grabbed her right leg with his right arm. “Lift your opponent up onto your shoulders from underneath. Stretch them out. Then throw ‘em over your head or over the shoulder. I like over the shoulder.”

The world spun and she kiai-ed on impact to help break her fall. “That’s fantastic.”

“Drop them on their head in competition. It’ll break their neck.”

“What? No. Get away from me. I’m not training with no girlie gladiator.” Crowley strode off, shaking his head in disgust.

You will see this move again later in the book, and when you read that Katana performed a kata guruma from the knee, you'll know just how she threw her opponent.

Renegade is now available in paperback as well as ebook. 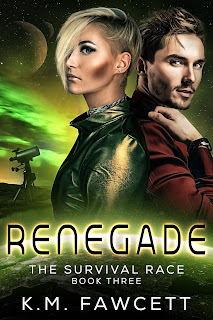 The last man alive wins! But what if your competitor is the woman you love?

A Survival Race Championship victory will award scientist Griffin the spaceship he needs to deliver his people to freedom. But when raiders attack his refuge and capture his appointed champion, Griffin’s last hope is to recruit the tough yet tempting female warrior they left for dead.

Injured and abandoned, genetically engineered superhealer Katana is rescued by a gallant scientist with an enticing proposition and an entry into the gladiator race of her dreams. A victory would free her from destitution. But how can loner Katana win an elite world championship when she’s never competed at the professional level?

As brain and brawn team-up in the arena, desires ignite and passions soar…and a game-changing secret is revealed. But the race masters demand a single champion in this blood sport, and the rivals-turned-lovers must choose between winning their freedom and losing each other.

Romance for the Rebel Heart