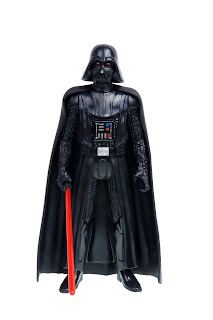 You all probably remember the surprise scene from Star Wars. The one where Luke Skywalker confronts his arch enemy, Darth Vader, who says, "Obi Wan never told you what happened to your father."

And Luke, bruised, bloodied and missing both a hand and a lightsaber he lost in the fight with Vader declares, "He told me enough. He told me you killed him."

And then Darth drops his bombshell. "No. I am your father."

To which Luke shouts, "No. No. That's not true! That's impossible!"

Sorry, Luke, you just discovered a popular trope in storytelling. You were a secret baby, just like your twin sister, Leia.

In the more recent Star Wars trilogy, Rey finally discovered the secrets behind who she is and that she, too, was a secret baby. Maybe Luke should have warned her she had one heck of a plot twist coming. (And you all probably thought Luke was her dad, like I did, right?)

And though it's not sci-fi, Game of Thrones threw a similar curve ball at its fans.

Jon Snow, the bastard son of Lord Ned Stark of Winterfell, a child unwanted by his stepmother, Lady Stark, is banished even from sharing meals at the family's table.

Though his siblings consider him a brother, as a teenager he's shuffled off to the Night's Watch where he vows his life to the service of defending the Wall against the dangers that lurk to the north. He's mistreated by his taskmasters, but in spite of it all, he eventually rises to lead the Night's Watch. And later to be horribly betrayed by them. 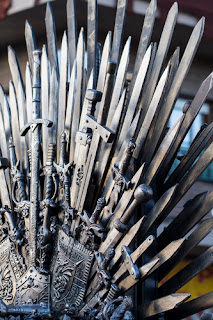 Yet, in spite of it all, his destiny is to unite the people of the North, survive all the bloody wars and betrayals that leave most of his family dead, and through a series of unlikely events, ends up being declared the King of the North at Winterfell, his childhood home. He accomplishes all this largely due to the strengths and convictions he developed on his long and troubled journey.

But he had a big surprise twist coming, too. As the battle of all battles with the forces of darkness draws near, he learns Ned Stark wasn't his real father. The Lord of Winterfell was his uncle. He was really the son of Ned's sister and the late prince of the seven kingdoms. The man he'd known as his father all his life had lied to him--to everyone--about his true identity to protect him. Jon Snow wasn't a bastard. He'd never been a bastard. He was the heir to the Iron Throne.

Jon Snow was a secret baby, too.

But not all secret baby stories involve finding out you're the offspring of a king or an arch enemy. Sometimes the legacy isn't known. And may never be fully known.

My story in Pets in Space 5, Juggernaut, has a similar twist, in that the hero, Sno Telon, never knew his father. (I didn't borrow the "Sno" from Jon--there's a bit of a tragic reason Sno was given his name.) He also has no idea who his father is...or was. He knows only his father's subspecies and the general circumstances behind his conception, but the rest of that history is a mystery.

Sno Telon was a secret baby, too.

I wrote Juggernaut in 2020, and Sno's backstory was one that seemed to manifest from something I'd been struggling with for well over a year. You see, the week before Father's Day 2019, I discovered that I was a secret baby, too.

It all started with a DNA test, one I mentioned here in a blog shortly after I got my results back and while I was still trying to work out why a bunch of people I'd never heard of -- all from the same family -- were showing up as close DNA matches. It took time and a bit of help from another who understood DNA findings a whole lot better than I did at that point to explain what it all meant. I'd just discovered my DNA had revealed a "NPE event." That's DNA community slang for Not Parent Expected. 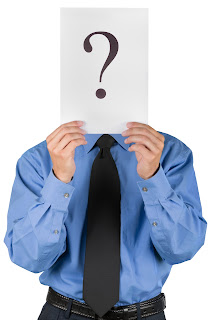 My dad -- the man I'd always known as my dad and who was recorded on my birth certificate -- was not my real father. Not genetically. And I was a secret that my mother had kept all her life.

That was the big twist in my life I certainly never saw coming.

Even as a writer, it's difficult to explain how much of an impact this had on me emotionally. How many tears I shed. How I felt like a rug had just been jerked out from under my life to leave me lying in a heap on the floor. Everything had changed....yet really, nothing had. I was still the same person I'd always been. Nothing about my childhood had changed and my family was still my family. Relatives may change due to a DNA test, but not the family you've always known.

I don't know the circumstances of how I came to be. I don't know if my genetic father ever knew I existed. I had--and still have--so many questions that will probably never be answered. There were people who knew the answers to my questions once, but they're all gone now.

I do know the name of my "DNA dad" (as I've come to call him), and I've learned many things about his life through research--that he was a war vet, combat medic, businessman, pilot, commodore of a yacht club, and very involved in a group with remote-operated model aircraft later in life--I assume probably after he could no longer pilot. His enlistment papers state he was 6' 2" and blonde-haired at the time he entered the military. That probably explains why I grew up to be the tallest one in my family and why I was born a towhead.

From what I know of him, he was a good man. But I don't--and will never--know him. And how much of who I am may have come from him.

In well-plotted fiction, the reader eventually discovers the secrets of a character's backstory as the writer reveals them. Not always so in real life.

Have a great week, and this being my last blog of 2020, have a great holiday!