Seven Reasons Why You Shouldn't Read This Book 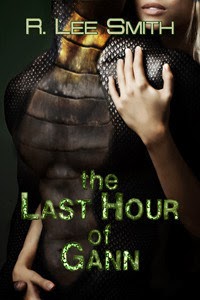 When is the last time a book had this much impact on me?

Hmmm. A long, long while. Before the age of Goodreads and tweeting and the totally interactive grapevine the online world has become, for sure.

There were a lot of words that came to mind upon finishing The Last Hour of Gann. "Wow!" was probably my first gut-reaction. Followed by "amazing," "fabulous" and "epic!" But the word that seemed to lodge itself and become stuck is in my head is...game-changer.

The Last Hour of Gann is what Science Fiction Romance can aspire to be. Incredibly complex world-building. Remarkably believable interspecies love story. Astounding character transformation, especially in the hero, a Gannite named Meoraq. Uyane Meoraq. (Say that like Bond. James Bond.)  And last but not least, a blow-you-away resolution that you might kinda see coming as a rainstorm until it hits you with the force of a hundred-foot tidal wave.

But Gann didn't accomplish all that by being careful, PC or bowing to the current trends. The Last Hour of Gann is a great book because the author took outrageous chances--and didn't sugarcoat a universe that can sometimes be a horrible, violent, twisted place. Instead this tale proves that sometimes, just sometimes, you can beat the universe at its own game.

So I'm going to give you seven reasons why you shouldn't read The Last Hour of Gann and if I convince you of even one of them, then don't read it. If, on the other hand, you can forgive all these unforgiveables that a "nice" story should never have or be, then by all means, read it! Because if you don't, you might be passing up on one of the most profound SFR reading experiences of the last decade.

1. The Cover is Ugly

Yes, the cover is hideous. It does a horrible job of capturing the essence of the relationship between the heroine and the alien hero. It doesn't even begin to capture the spirit or hardcore determination of Amber, or the questing, seeking, disciple of truth and justice that is Meoraq. Uyane Meoraq. Nope, if you can't get past the cover, then don't read this book.

2. The Heroine is Fat

Amber Bierce begins the story as a very overweight individual. So overweight she may not even be allowed as a passenger on the colony ship she wants to board to escape an even worse fate. She takes steps to be allowed on that ship. Questionable steps. For her it's a matter of survival and doing what she does is a means to one end. To survive. She'll make the same questionable steps throughout the story in order to survive. If you can't stomach the fact the heroine is overweight or makes questionable decisions, definitely don't read this book. 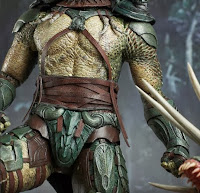 Wait! you say. Stop right there. I don't want to read a story about a lizard. If you believe that's all Meoraq--Uyane Meoraq--is, then you'll be deprived of discovering a truly remarkable character--his past, his faith, his trials and his beliefs. No, Meoraq is no mere lizardman. He's a Sword of Sheul--a Sheulek. A Striding Foot of God. If you don't know what that means, and don't care to learn what it's like to carry the weight and privilege of that title in Meoraq's world, then don't read this book.

Truth. It is too long. At somewhere around 1,000 pages, and over 400,000 words--it's easily the word count of a hefty trilogy. The beginning is slow. Plodding is one description I used. Yet, when you get to The End, you'll probably do what I did and look for an Epilogue or a Last Word, or anything to give you just a little bit more of this incredible world and characters. And you'll probably wonder how you got through such a huge tome in so short of a time, because eventually the pages just begin to fly by. But if you don't have the patience to read such a lengthy novel, then no, don't read this book.

Yes, this story contains interspecies sex. If it didn't, most of the really great stuff about this tale would be lost, like the character growth or the tender devotion or the genuine emotion between the hero and heroine who are so very different. But seriously, if you can't abide lizardman-human sex, don't read this book.

This book has some very bad characters who do very bad things to other characters and don't give a Gann about human rights or sexual equality. I've heard this story described as a Rape Fantasy, which is laughable, because there's nothing remotely "fantasy" about these scenes of dehumanizing and sometime de-lizardizing violence. I've also heard it described as "misogynistic." Yeah, that's a big part of the message. If you can't handle the concept that people (and lizards) get raped at the hands of those who don't really care about their feelings or their rights as fellow beings, then please, don't read this book.

The Last Hour of Gann has some scenes of extreme violence, retribution and cruelty. Sometimes that violence is done by lizards to humans, sometimes by humans to lizards, sometimes by lizards to lizards, and--oh shock!--sometimes by humans to humans. There is a lot of violence, but it isn't gratuitous and it isn't included in the story for effect or shock value. Gann is a violent world. So is Earth. Mix contents and stir. And don't read this book.

If you've gotten to the end of this list and haven't found a reason to pass on The Last Hour of Gann, then by all means grab a copy of this book and start reading.

But all you've done is told me why I shouldn't read this book, you say. Why should I read it?

Well, how about this: Dear Author Review: The Last Hour of Gann

Or this: Roni Loren Must-Read Monday: The Last Hour of Gann

Or the plethora of Goodreads reviews: The Last Hour of Gann

Now, if you've made a choice to read this book, please come back when you're done and add your comments--good or bad. Tell us what you took away from the story, or what you didn't. We don't care how long it takes. Seriously. We'll leave the light on for you.