The Paradox of the Sci-Fi/Romance Fandom 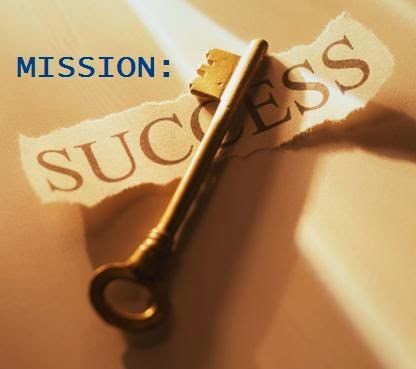 Over the weekend I had the treat of seeing the just-released motion picture, Interstellar. I've been looking forward to it hitting the theaters for months now, and it didn't disappoint. (Although I don't think Donna got as much from this epic feature film as I did, but hopefully she'll be blogging a detailed review later.)

I went to a very early afternoon matinee, thinking we'd miss the huge evening crowds...and it was packed. Packed! True there's been a lot of hype about this film, but to see it pulling in the crowds at 1:10 PM on a spectacular New Mexico fall afternoon was amazing. And the audience was a smorgasbord of young, middle aged, elderly, female, male, single viewers, couples and large families. The draw seemed to cover the entire spectrum.

Though this film was decidedly Sci-Fi (with no meaty Romance), human love was a powerful motivator in the story, and the hero's ultimate decision is made for love. I don't want to dish out too many spoilers, but the heart of this story is about staying with those you love, or leaving them to embark on a dangerous mission that may save not only them, but all of humanity.

The choices the characters must make are heartbreaking (yeah, it's one of those films where you hope the lights don't come up too soon) but the final choice the hero makes reflects a metamorphosis for his and other characters.

But the movie isn't the subject of my blog. What I've been left to ponder is why blockbusters like Interstellar, Star Wars, Avatar, the Star Trek franchise, and Guardians of the Galaxy garner the rabid fan followings they do when SF with or without the "R" struggle so miserably on the small screen and in literature.

If it was ONLY the books that fail to have a large following, I'd say it's because the visual sensawonder fans see on the screen doesn't translate to print, but that doesn't explain why quality SF/R never seems to get a foothold in the ratings and--even when it's a great show--being canceled before it can even complete its first season.

You all think you know what show I'm talking about, don't you?

Well, you might be surprised. I'm talking about Defying Gravity.

DG had everything that Interstellar has, except perhaps a mindblowing journey into a wormhole. It dealt with a dying Earth, human connections, the power of love, a mission in space fraught with danger, deep space mysteries and a secret that's kept from the astronauts.

And, IMHO, it did it all with a far superior sound track and equally impressive, if not better, sets.

Want to see what I mean? Here's just a little taste:

And here's a longer tribute someone did for the ship, Antares (yes, the same name as the rocket that just exploded on launch from Virginia). I think the effects are eye-popping. Better than Interstellar or Gravity by a long run.

The creator of this tribute went a little overboard on length and repeated shots of Antares, but do check out those strikingly real scenes of Earth and space and astronauts going about their work. Note the Landing Vehicles (ALVs) for Venus, Pluto and other planets, the communication dishes, the airlocks, the storage pods. The detail is simply amazing.

Yet despite great characters, a riveting plot and state-of-the-art special effects, this TV show was canceled before it could even complete it's first season. (Though the entire first season, which at least ends with a bit of a resolution, is available on DVD.)

So the big question I've been asking myself is what does the big screen have that books and small screen don't?

I think the answer is most likely a massive promotional budget. The audience shows up in droves because they've seen the trailers and promos and their interest is piqued.

A monster promotional budget is something we're never going to have as authors, but that still leaves the underlying paradox. If there's such a massive audience out there interested in space, science fiction and the future, why are they only attracted to the big feature films? Why aren't these millions of fans equally interested in watching SF/R on television and reading about it in books?

It truly is a paradox. But one I'm going to spend some time on as I put some hard thought into what new ways there may be to promote a SFR series.

Email ThisBlogThis!Share to TwitterShare to FacebookShare to Pinterest
Labels: Paradox of SF/R Fandom