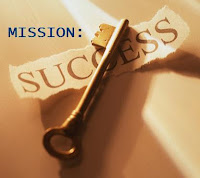 When Neil Armstrong first stepped on the Moon, he uttered a timeless statement: "That's one small step for man, one giant leap for mankind."

Today, I have a "giant leap" to announce in my writing career:

My agent search has been a long and challenging one, but I've always believed the right agent was out there--the one who could really get behind my work (and SFR)--and someday I'd hit the jackpot. 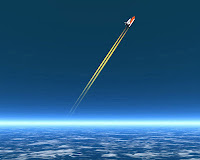 So how did this all come about? It began with a tip to read an article on the Rocky Mountain Fiction Writers Chiseled in Rock blog from peer Isis Rushdan. (Thanks again, Isis! You are amazing!) If you click the link to read it, I think you'll see why I was so excited to query Amanda.

MacGregor Literary doesn't accept unsolicited manuscripts, so after a bit of digging I found a way to contact Amanda (where there's a will, there's a way!) and told her I'd read the interview, and my first three SFR manuscripts had all finaled in the Golden Heart. She invited me to query her with the first chapter of P2PC. That was about three weeks ago.

Within days, she'd written back asking for the full! (Okay, now I was REALLY jazzed!)

Off went the full, and less than a week later Amanda contacted me to say she loved P2PC--"couldn't put it down"--and asked if we could set up a time to talk. We scheduled a telephone appointment and at the end of our (hour and a half!) talk, she offered me representation. By that point, I was already sure of my decision but asked for a couple of days to think of any further questions.

By the end of the week, I had a contract in hand.

As soon as I get the signed contract back to Amanda, I'll be shouting my news from the nearest jumbotron, but since our MISSION: SUCCESS journals have been all about our journey--and especially our forward momentum--I wanted to break the news here on Spacefreighters Lounge. You heard it here first.  :)

THE POWER OF POSITIVE THOUGHT

We started our MISSION: SUCCESS journals about a year ago, and since then some amazing things have happened! Sharon sold her debut novel to Tor that will release on October 30th. I finaled in the Golden Heart (twice in 2011 and again in 2012), Donna doubled finaled in the Golden Heart in 2012, Pippa Jay launched her debut novel, and now...I have an agent.

Setting positive goals and striving to achieve them, no matter the obstacles and setbacks, does pay off. I once read a quote that I've thought of many times when I was struggling through some more discouraging times:


If you give up too soon, you'll never know how close you were to success.

I think it's so true. In this business, sudden opportunities can arise that give your writing career a boost to light speed...but only if you don't abandon your course. You never know if tomorrow, next week, next month or next year just the right opportunity will appear on your scanner. I can vouch for that.

"Never give up! Never surrender!"

As writers, we're permanently enrolled in a self-directed continuing education program. Books on craft, and online and real time workshops can help us hone our storytelling skills to a finer point. At our LERA chapter (local RWA) meeting on Saturday, fellow SFR Brigade Sarah Shade gave a mesmerizing presentation on:

The Secret Language of Words: How to Use the Power of Myth


Sarah based her Master's thesis on these elements in dance--or how to communicate these ideas via physical expression without words. Writers can use these techniques to better connect with readers via cultural and universal symbolism, metaphor and primordial images. Examples gleaned from popular media such as Harry Potter, Lord of the Rings, and Game of Thrones were wonderful illustrations:


What is the significance of Number Four Privet Lane?

What did Gandalf's transformation in Lord of the Rings represent?

What's the metaphorical meaning behind the four directions in Game of Thrones?

I discovered, much to my surprise, I subconsciously include these elements and ideas in my work, but the presentation really opened my eyes on how to do it better.

Sound intriguing? You bet! For those attending RWA in Anaheim in July, you'll have an opportunity to attend Sarah's workshop on Saturday. Be sure to mark your schedule.

Looking for a fresh idea? Inspiration? A cool, new discovery? Predictions for the near future? I've got a couple of  tidbits for you, gleaned from our news bar.

io9's interview with Prometheus writer John Spaihts reveals his take on the newest movie that isn't necessarily an offspring of the wildly-successful Alien franchise, but "shares DNA" with it.  A fascinating read about SF on the big screen.

How to Create a Great Space Movie

To BOLD-ly go. Biological Oxidant and Life Detection--BOLD, a new Mars exploration initiative--will be discussed at the "Concepts and Approaches for Mars Exploration" to be held June 12-14 at the Houston area Lunar and Planetary Institute. But you can read more here...

Pippa:
Congrats again on the release of your debut novel, KEIR. It's been so fun and exciting sharing your launch and watching the kudos roll in on your wonderful story.

Donna:
I know it's a matter of time before you'll be breaking some very big news, too. I think SFR's time has come and we're ready to ride the wave!