It was the Best of Times...

I don't have a lot to add to Donna's excellent blog on the 2012 RWA National Conference except to echo her thoughts on what a wonderful event it is...and was.

I had a number of happy meet-ups including a very enjoyable first face-to-face with my agent, Amanda Luedeke (we talked and laughed for hours!), with my Fabulous Firebirds co-finalists that even included an impromptu tattoo party (not as painful as it sounds--we branded ourselves with temporary Firebird tattoos), and various get-togethers with the Firebirds, Starcatchers, members of the SFR Brigade, and fun-to-run-into-you's with members of my longtime critique site, CritiqueCircle, Dixie Lee Taylor and Lorensj.

And of course, it was fantastic to final in the Golden Heart with Donna this year, and have Sharon fly in for the Saturday Awards Ceremony. The Spacefreighters Lounge crew together again. We were just missing Pippa!

The Awards Ceremony was it's usual glitzy glamorous high energy nerve-fest, but being the first category up and getting over those thrills and chills early on meant I could just sit back and -- big sigh -- relax while watching the other categories announced. It was so fun seeing other Firebirds I'd gotten to know step up to the mic, including chapter-mate Tamra Baumann. And then to watch the fun as the authors got their turn in the spotlight for the RITA Awards, including a win by another chapter-mate, Darynda Jones, for First Grave on the Right (which I've raved about in the past).

Samhain Publishing even threw an amazing After Party this year with great food and music, where we got to say our final "congrats," "attagirls," and "so longs" before stumbling back to our rooms in the wee hours to pack for the next day's flight. The highlight for me was getting to hold a RITA that one of the authors with MacGregor Lit, Serena Miller (for The Measure of Katie Calloway) won. Wow! I touched a RITA! And you can't appreciate the artistry until you've seen one close up and shiny!

No, I wasn't planning to attend next year, but there's no better arm-twister than having a great conference experience. I'm going to keep my options open for now. We shall see.

It Was the Worst of Times... 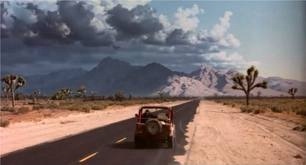 A recent rule change and the controversy it's generated brought back this scene from the close of the movie Terminator.

What spawned this coming storm? Some major rule changes for the Golden Heart and RITA Awards for 2013 and forward.

- The Golden Heart will now be electronic entries
- The entry date has been moved back a month
- The Romantic Elements category has been eliminated
- The Regency Historical category has also been eliminated
- The scoring system has been totally revised into a "four tier system"
- Romance will now count for 20% of the score, other elements only 10%
- If the file can't be opened, the entry will be disqualified
- You must be a member of RWA to enter
- Your novel can not be released for sale at any point prior to the awards ceremony

What does this mean?

RWA has chosen to take a new direction toward supporting primarily "romance" in its contests. But by eliminating the Novel with Romantic Elements categories is it closing the door to stories that don't center around a central romance? This might include Mystery Romance, Women's Fiction, and other manuscripts that aren't solidly aboard the romance wagon. And what does it mean for Science Fiction Romance, Paranormal Romance, and Young Adult Romance where the romance is not always the main focus of the story? The jury's still out.

What does seem clear is that many of this year's Golden Heart and Rita finalist--and WINNERS--may not even be eligible to enter their novels in future years.

Additionally, chapters are being asked to re-evaluate the status of their members, which suggests those not writing 100% clear-cut romance might be asked to become associate (non-voting, non-office holding) members. But the dues are the same.

Is this a controversial turn of events? Judge for yourself in the vigorous discussion on the Ruby-Slippered Sisterhood site this past week. Is there a general feeling of discontent and dismay among members? You can judge that for yourself too, by reading through some of the many, many comments.

As for me, I have a sinking feeling that these new rules are ushering in a different era for these long-standing awards, not to mention the organization as a whole. Not all change is good. Are the Golden Years of the Golden Heart--and RWA--behind us? If great storytelling is now going to take second seat to romance elements in a novel, it will forever change the face and spirit of both this prestigious contest and the writer's organization that sponsors it. There's an old saying about leaving well enough alone. I think that advice should apply doubly for leaving excellence alone.

The first two rule changes (electronic entries and later date) are welcome changes to update the process, but in my opinion, the balance of these new rules are tearing down a very solid contest to build something very different, and not necessarily better, in its place. When the wheel is happily rolling along why decide to reinvent it?

Of course there are other lines of thoughts on this issues, and if you're interested in reading more, please refer to the discussion linked above.

Have you heard about the rule changes? Do you think they'll affect you? What are your thoughts on the changes?
Posted by L. A. Green at 10:04 PM