As a follow-up on our running topic of rejections, I wanted to weigh in with a few thoughts. Rejection is typically a depressing subject, but I hope my approach is taken a little more tongue-in-cheek.

These rejections (mine and other peer SFR writers) all seem to have a common theme--beyond the obvious "no thanks," I mean. There's something else there. An underlying between-the-lines sort of message. (Earth to Laurie...are you receiving my transmission?)

I, too, am in the (*sigh*) "I've just been rejected" boat. Now, truth is, I anticipated rejections for a number of reasons:

1) My novel is told entirely from the hero's POV. Although there's a very good reason I chose to tell the tale in this particular way (it wasn't just a whim, trust me!), it's outside the norm for any romance, and a potential deal-breaker for a debut novel. He said...um, he said. So there's strike one.

2) The story has a government with a culture and economy based on a rather dark side of human depravity that is not going to be some readers' cup of tea. (Bad Ithis! No donut!) These controversial elements may offend/turn off/repulse sensitive readers and amount to a loss of sales. So...striiiiiike two.

3) The book is somewhat lengthy for a first novel--110,000 words--and though it's not gargantuan (I'm looking at you The Last Hour of Gann) it can be a big downside for a publisher looking to pick up a new author. First-time authors are expensive to kickstart due to not having a ready-made, plug-in audience. The higher the word count, the more the book costs to produce and that hurts profitability. Any debut story is a gamble for a publisher, but a speculative novel that's about 22% longer than the "accepted limit" of about 90,000 words is even more of a long shot when it comes to the bottom line. And there's strike three.

But...fooled ya!...in every rejection to date, not one has mentioned any of the above being a factor in the decision to accept or reject my work.

So why was it rejected?


Allow me to share one example, since the others said pretty much the same thing. Let's keep this anonymous. I'm not trying to demonize any editor or publishing house here. I know this isn't personal, it's just business. (*sob!*) So...

"And I can see why [another editor] was so interested. The author has a great voice and an energetic writing style—and the world she created was vivid and very well done. However, as I read, I couldn’t shake my concern that the story—while engaging and fun—would just be so difficult to break out in the romance market—at least for me. Because the story is so heavily sci-fi (and not sci-fi lite), I just felt it would be better off in the hands of a publishing house that excels in that market, and while there are romantic elements, the story overall read like a science-fiction genre novel and not a romance genre. So sadly, I am going to have to pass. Thanks so much for sharing with me, and please keep me in mind for any future submissions."

So the problem didn't seem to my writing style, the story, or the world-building. It's not because of the issues I feared with the hero's POV, the dark elements or the longer word count.

It's that the story is unapologetically Science Fiction Romance.

(This is, of course, from the Romance side of the fence. The rejections from the Science Fiction side of the equation said basically the same thing in reverse, either the romance didn't work for them or the science fiction wasn't "cutting edge" enough.)

So the problem, as I understand it, is that these publishers do not see science fiction and romance working together. They must have forgotten that classic commercial about mixing chocolate and peanut butter, huh? Or is it possible that they experimented with the merger and it didn't work out for them? Peanut allergies, mayhap?

Or I think maybe, it could be like this: How New York publishers may see Science Fiction Romance. 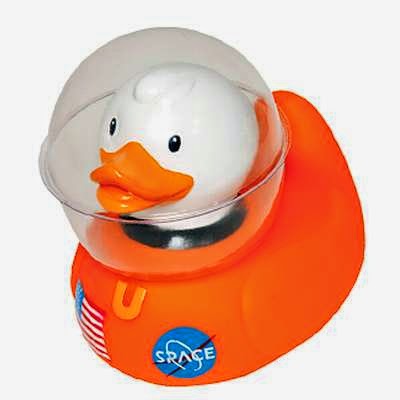 Only one thing. Something we've said before.

Science Fiction Romance is, indeed, it's own genre. It's not a subgenre of anything, it's clearly in a league of its own.

And maybe we need to start thinking of our Abby Normal genre in those terms. It's different! And "different" calls for reinventing not just the [selling--promoting--marketing] wheel, but the whole darn Moon Buggy. Now, where did we leave those blueprints? :D 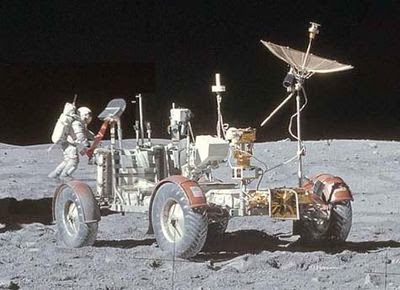