WORKING THE MAGIC IN A NEW SPACE 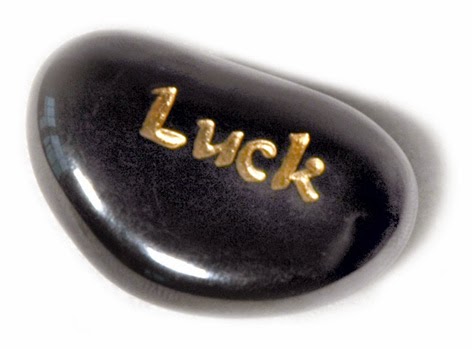 “Well, it was like this,” she said, taking another long pull of her Romulan ale. “We were in a dark zone, no navigation, no communication.  Unknown aliens on all sides.  Everything familiar left far behind.  The ship’s cats were freaking out, running up and down decks, senses on alert.  And the jump had scrambled everything; the place was chaos.  It took weeks just to find my toothbrush.”

But at least I was telling this tale from a comfortable stool in Spacefreighters Lounge.  I had survived!  My husband and two cats and I are installed now in a new rental home, where we will sit out a year until we make the next move to our home outside Asheville, NC.  It hasn’t been easy, but we are traveling much lighter after this move, having divested ourselves of much of the dead weight of years of accumulation.

Experts say a move of this order is one of the most disruptive events of life.  I’d never thought that way before, having grown up as a military brat.  Until my thirties, I’d never lived in one home for more than three years at a time.  Often it was much less than that.  But my family had stayed in this last home 18 years.  We were a little dug in, both physically and emotionally.  It took effort to pull up those roots.

Still, we did it.  We’re here in our new pad.  I have a first floor office that I organized right away.  I realize how lucky I am to have a dedicated space for my work.  I hear all the time how others struggle to work on the kitchen table while the kids are doing homework, in the laundry room to the music of the dryer, in a dank basement corner, in a bedroom closet.  When I first started I wrote in longhand on the living room couch while the kids were sleeping (and my husband was traveling).  I progressed to a corner of the bedroom on an early DOS computer.  Then we got a little inheritance, and I lobbied to spend it on a real office.  I’d like to say I’ve had one ever since.  Not so.  When we moved from that house I lost my work space for a while, but got it back eventually.  Now it’s a recognized priority.  Must have office.

My space is a reflection of me as a writer.  But more clearly, it’s a shrine to my sources of inspiration and a revelation of my superstitious nature.  (Oh, yes, writers are right up there with baseball pitchers and actors on the superstitious scale.)  My office is smaller than the room I had in the old house, and two big windows take up a lot of wall space, so some things didn’t make the cut.  (My life-size cutout of Jim Kirk is now in the basement rec room, for example, and my award certificates are in storage.)  But I still have plenty of pictures of my heroes (Kirk and Aragorn, especially) scattered around the room, with family photos, Appalachian landscapes, my Golden Heart ribbons, and inspiring quotes from writers and scientists decorating a big bulletin board.

Of course, I arranged the computer desk and other furniture according to proper feng shui principles.  I face southwest. (Southeast would have been better, but that didn’t quite work out.)  I have a little dragon protecting me on the east and birds (phoenix) on the south, with a model of the Enterprise (a ship, bringing wealth) on the north.  I need a tiger for the west, but the cats hang out in their cat tree at the window on that side, so maybe they count.

Finally I have all my “juju” hanging on my desk:  a real African amulet with prayers from the Koran (I assume!) inside; crystals, including amber for the realization of goals, and a giant hunk of quartz that looks like a dilithium crystal; pieces of a meteorite that my friend Joyce gave me to connect me to space; the key to success from, I think, The Golden Network; a flamingo medal won as first prize for Unchained Memory years ago from the Tampa Area Romance Authors chapter of RWA. I’m not sure which of these is responsible for my luck, so I’m making sure they all have a place where I work!

Note I did not say I don’t know which of these is responsible for my success.  I’m well aware my success, such as it is so far, is due to a lot of hard work (my own and others’), a modicum of talent AND a fair amount of luck. It’s the luck I’m trying to boost with all the juju.

With all of this in place, I’m ready to go back to work.  Uh, just as soon as my daughter’s wedding concludes successfully October 5.  Yep, then I’ll be right back to the keyboard. Promise.

How about you?  Got any magic rabbits’ feet, eagle feathers, pictures of Nathan Fillion, black light posters, hanging on your office wall?  Superstitious?  Or are you too scientific for all that nonsense?