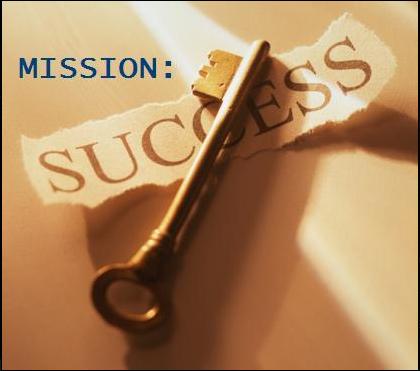 Today marks a special anniversary for me. I've been an official member of the Spacefreighters Lounge crew for three years today. Woot! Three years! Wow, that went fast! 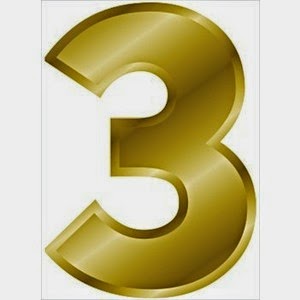 Of course, it wasn't my first appearance here. After meeting Laurie A Green through Six Sentence Sunday, I was invited to talk about a short story I'd self published as an experiment. That took place on the 14th June 2011, before I'd even got my contract for my debut novel Keir. Then a guest post on surviving first edits just three days before I was signed in as permanent crew. So much has changed in those three years!

For example, back then I was still four months away from my debut publication Keir. How odd that it's now one year since Keir became unavailable at retailers and is still awaiting re-release. Sigh. Co-blogger Sharon Lynn Fisher had her debut release - award winner Ghost Planet - just five months after mine, and is now a multi-published author like me. This year will finally see Laurie and Donna join us as published rather than aspiring authors with Laurie's debut Farewell Andromeda just released and a trick shot of releases in February for my co-bloggers.

And me? Well, February will see the print release of my YA paranormal Restless In Peaceville, followed by print for Tethered in March and my YA dystopian romance Zombie Girl in April. 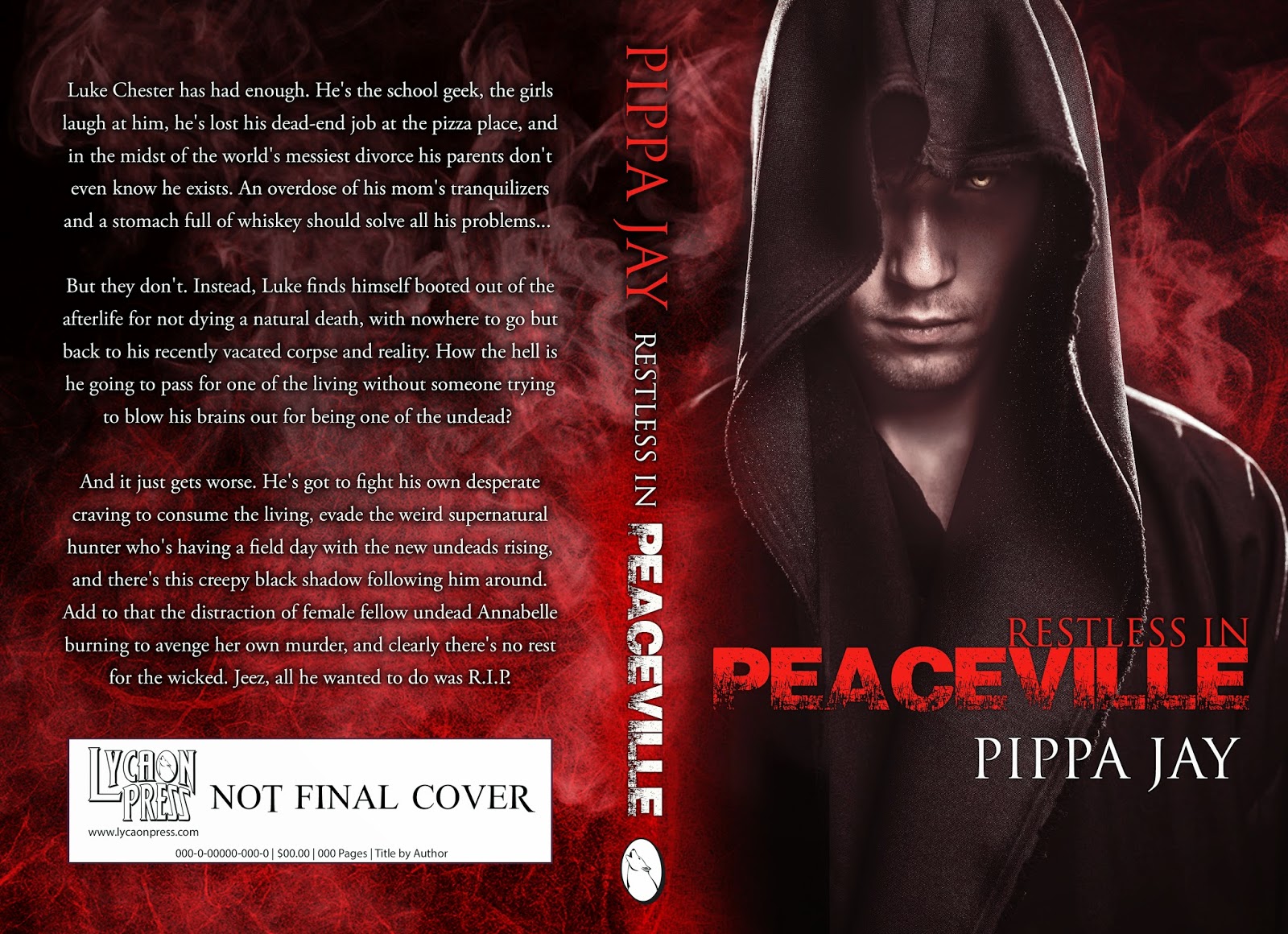 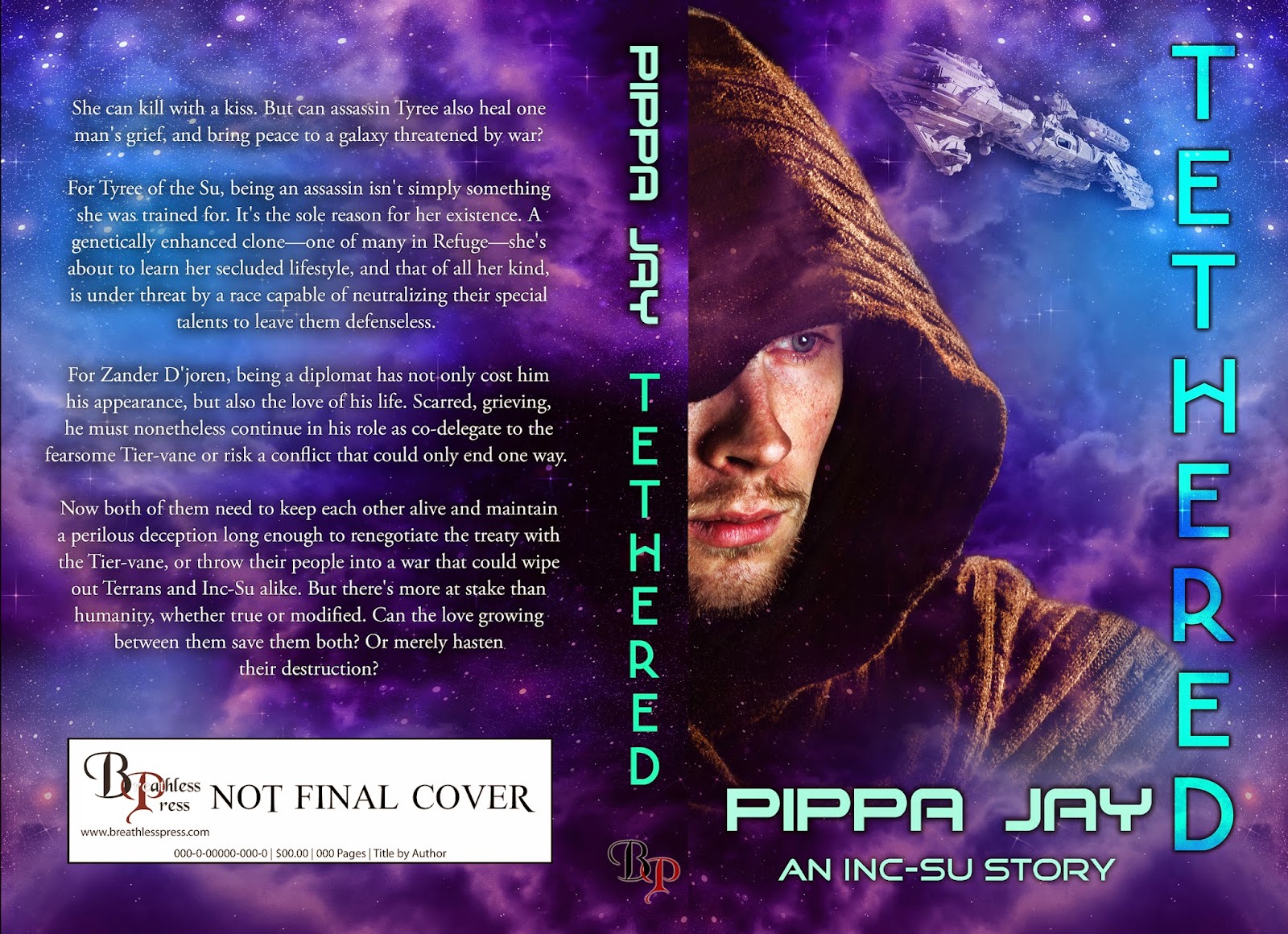 Right now I've schedule Keir's re-release for what would have been its third book anniversary on the 7th May, although I can't confirm that just yet. During 2015 I'm hoping to release a side story in the same series, book two (Keir's Fall), and a novella set in the Venus Ascendant shared universe to go with my SFR short Terms & Conditions Apply. I also owe Lycaon Press two more Zombie Girl stories (my first series other than Keir), and I want to submit more to Breathless Press who released four of my six stories last year.

Ambitious? Yeah. Now my issue is finding time to write new stuff with so many WIPs currently on my computer in need of finishing. The list is...daunting. I'd really like to do a sequel to my superhero romance When Dark Falls, but that's still in the early fermenting stage.

Right now, I have one more treat for you. To celebrate my three year anniversary in style, I'm revealing the shiny new cover for my re-release, created by the talented and oh so patient Danielle Fine. I present Keir, Book One of Redemption and part of the Travellers Universe. Ta dah! 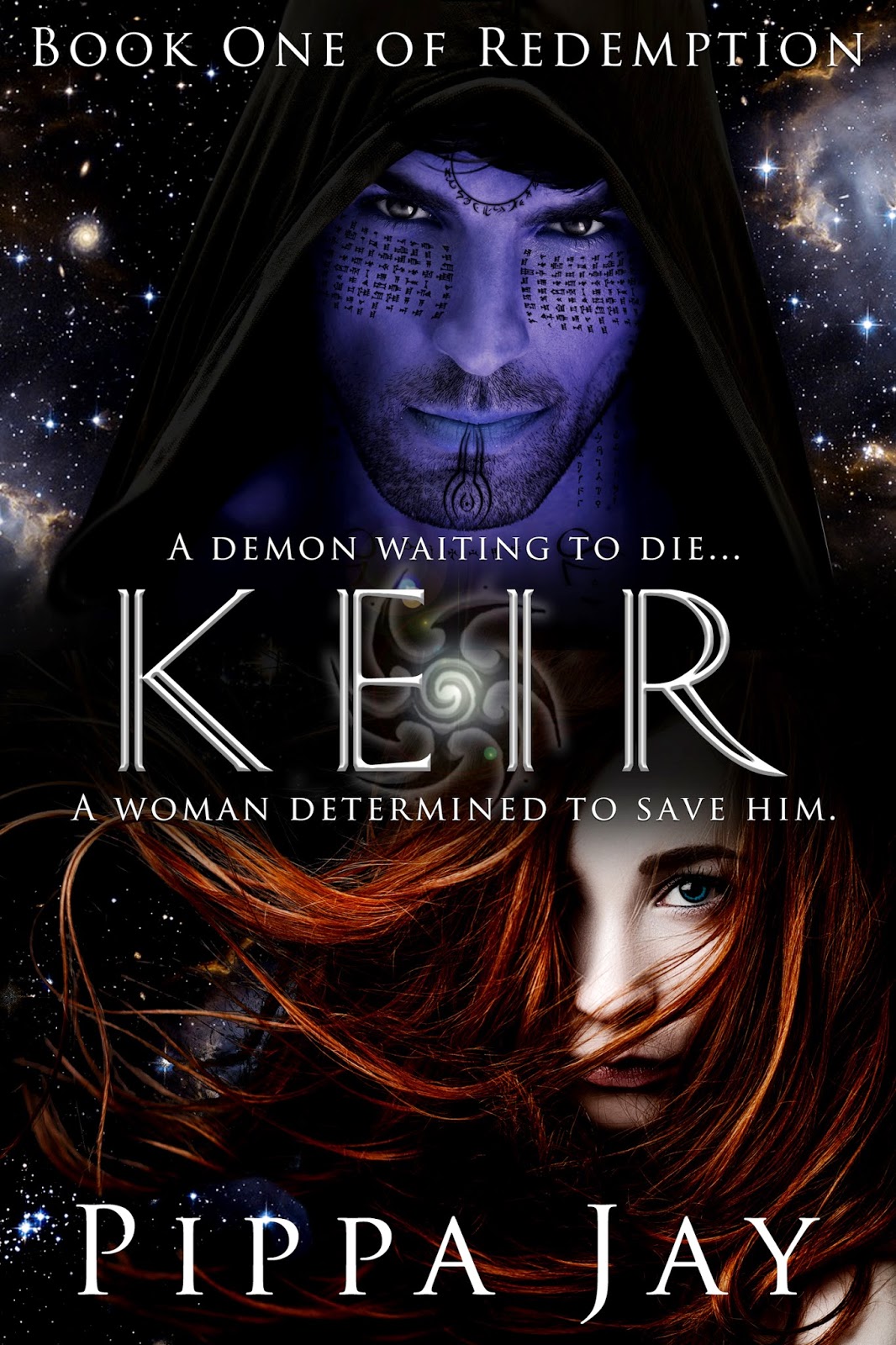 New cover, new tag, and a new blurb too. And this time, you will be getting the sequel, and another four books on top of that!

An outcast reviled for his discolored skin and rumors of black magic, Keirlan de Corizi sees no hope for redemption. Imprisoned beneath the palace that was once his home, the legendary 'Blue Demon of Adalucian' waits for death to finally free him of his curse. But salvation comes in an unexpected guise.A woman determined to save him.
Able to cross space and time with a wave of her hand, Tarquin Secker has spent eternity on a hopeless quest. Drawn by a compulsion she can't explain, she risks her apparent immortality to save Keir, and offers him sanctuary on her home-world, Lyagnius. But Quin has secrets of her own.When Keir mistakenly unleashes the dormant alien powers within him and earns exile from Lyagnius, Quin chooses to stand by him. Can he master his newfound abilities in time to save Quin from the darkness that seeks to possess her?

I hope that during my three years at Spacefreighters I've managed to entertain you and provide you with interesting and useful info about being a published author. I'm still amazed by how far I've come in that time from aspiring newbie with her debut to come to established author with an actual backlist. Thank you for sharing my journey. 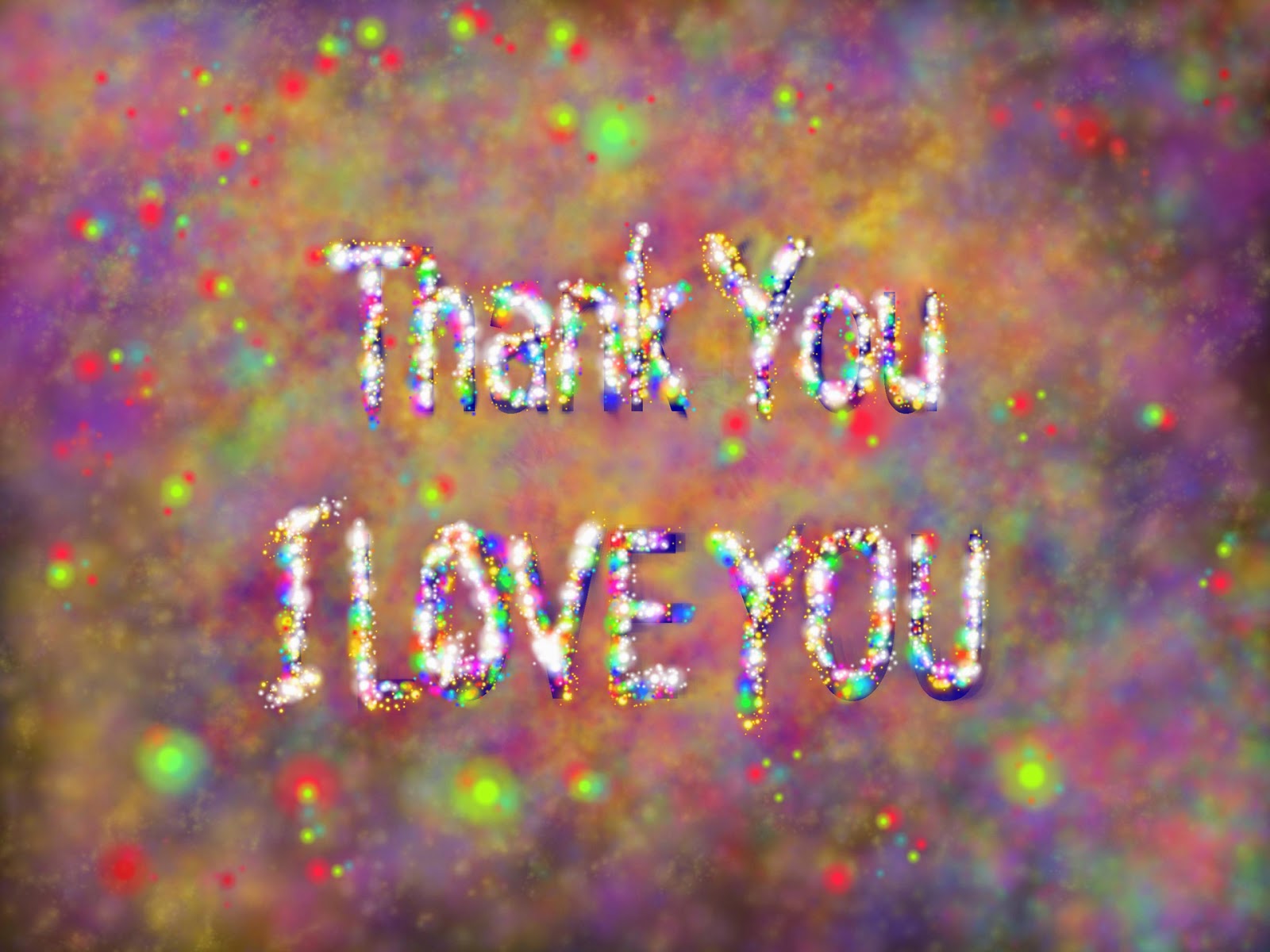