PORTRAIT OF A HEROINE: WHO IS ASIA BURDETTE? 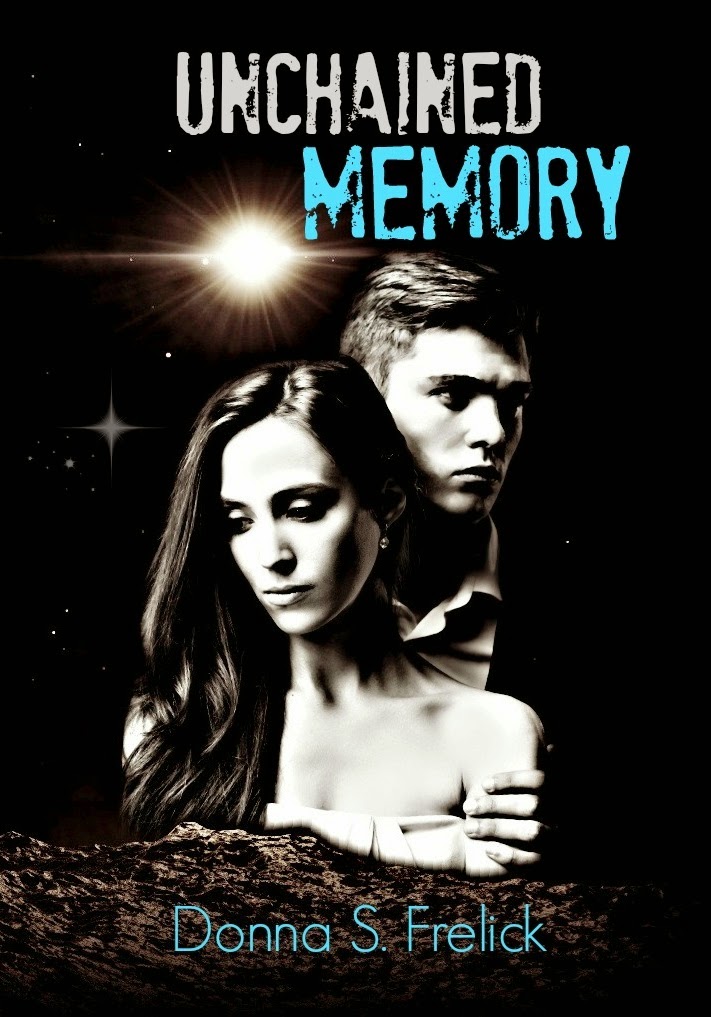 For years I couldn’t remember what had happened to me that night.  All I knew was that three hours of my life were gone, unaccounted for in any way that made sense.  The search for those lost hours changed me.  Finding them nearly killed me.  Even now, there are times when I lie awake in the dark heart of night and wish to hell I’d left it all alone.
Except for Ethan.  I could never regret anything about him.

As you all know unless you’ve been on leave to the Outer Rim, my science fiction suspense novel Unchained Memory releases in less than three weeks (February 24).

The story revolves around Asia Burdette, a woman tormented by unexplainable memories of an alien world and determined to find the answer to the defining tragedy of her life.  Her only ally in this quest is Ethan Roberts, a psychiatrist she goes to for help. The secrets they uncover together could shake the foundation of the world.  The passion they feel for each other, despite all the rules against it, could shake the foundation of their souls.

That’s a pretty heavy burden to place on Asia’s slim shoulders. She doesn’t carry the story entirely on her own—Ethan helps with some of the heavy lifting—but it is Asia’s distinctive smoky Southern twang that is heard first and most prominently in the book. She came to me first, and in first person.  (Ethan’s side of the story is told in third person.)  So what kind of person is Asia?

Unchained Memory is set mostly in Tennessee, in and around Nashville, where I grew up.  Asia is a Tennessee girl, born and bred, and when we first meet her, she’s living with her husband and three kids in the country. She’s educated, though, and smart; only circumstances common to a lot of young women kept her from getting the university degree in psychology she was seeking a few years back. Her life at the beginning of her story is not much different from a lot of women’s:  she stays home with the kids and makes do, though that wasn’t in her original life plan.

Then something happens to change all of that, something horrible and inexplicable. Asia loses her home and her family and drops into a hellhole of self-destruction brought on by grief and guilt. But the nightmares are even worse, waking her screaming from dreams of a place that couldn’t possibly exist. She could continue to spiral down, or find a final solution in death.  Instead she seeks out Dr. Ethan Roberts.

What Asia finds when she begins work with Ethan would rip apart anyone’s construct of reality, but this woman faces what can only be the truth with courage and even a sense of relief.  Her sessions with Ethan give her an explanation that makes some kind of sense, even though it is difficult to reconcile with what she had previously believed about the world.  Asia is adaptable and resilient, though, and adjusts quickly to this new world view.

She needs more of that talent for quick thinking as the couple’s discoveries make them the target of black ops kidnappers.  The pair end up on the run, and Asia has to use what her Daddy taught her about guns, as well as the wiles of a country fox to extricate them from some tight spots.

Being thrown together with the very attractive Ethan Roberts through all this emotional and physical turmoil makes him very hard to resist. Asia is not one to wait demurely for a man to make the first move, especially when Ethan seems to have sworn himself to celibacy due to his strong sense of professional ethics (though it may kill him). She takes the initiative and breaks through Ethan’s resistance. Their love,once openly declared and consummated, carries them through the trials ahead.

So, what kind of gal is Asia Burdette? She’s brave, smart, adaptable, resilient, resourceful, sexy. She’s a survivor, someone who’s been to hell and back and lives to tell the tale. What I haven’t been able to show you is that she’s also funny and kind, a good friend and a loving mom. She does have a temper, though. She can be impulsive. (Uh, make that very impulsive.) And she’s been known to say a curse word or two.

The absolute best thing about Asia Burdette?  She’s got a helluva story to tell.


Unchained Memory is available NOW for pre-order on Kindle at  Amazon.com.