For the Love of a Horse

The Cloning of Scamper

The legend of Scamper is well known in the rodeo circles of the Southwest. A female barrel racer named Charmayne James from Clayton, New Mexico rescued a rather ordinary looking Quarter Horse gelding from a feed lot when she was 12 years old--a problem horse who was tagged "unrideable"--and the pair went on to win the World Pro Rodeo Championship ten years in a row, from 1984 to 1993, making Charmayne James a millionaire, and the all-time leading money earner in the sport.  An amazing story in itself, right?

Just wait, it gets better...

When Scamper (registered as Gill's Bay Boy) was retired, James longed to continue the legacy of her long-time friend through his progeny, something that isn't possible for a gelding.  So she ante-upped the $150,000 fee to ViaGen, Inc. and had Scamper cloned.  It wasn't a flawless procedure.  The first four attempts failed.  Finally, a fifth attempt to clone the champion succeeded, and Scamper's clone, whom James named Clayton after her home town, was born on August 8, 2006.  Clayton now stands at stud with the hopes he'll produce more talented barrel horses.  (Although his offspring can't be registered as Quarter Horses according to AQHA rules, registration isn't a requirement to compete in barrel racing.)

Although he looked very much like Scamper, and even 'bristles' when touched on a certain spot by his ears--just like Scamper--his markings are different.  Scamper didn't have white markings on his face.  Clayton does! Wait.  How can this be?  Because even a clone can't be an exact copy of the original.  Differences in development, temperature, environment, nutrition, injury or a million other factors can have an effect on the clone that makes him or her a unique individual.  This is explained more fully on Clayton's web site.

Okay, cool. So what does this have to have to do with Science Fiction Romance?

In one of my Science Fiction Romance novels, a secondary character is a clone who became such a rival to his original that the two, who are raised as brothers, have a falling out over a love interest--the original's fiance'.  The original disowns his betraying brother. Years later they are thrown together in an uneasy alliance against a terrorist who is trying to destroy the original's vessel--and find they must overcome their differences and become allies with absolute trust in one another if they hope to survive. In the process, they discover the true strength of their genetic bond.

But the clone doesn't necessarily have to be human.  Think of Jurassic Park, or the real-life plans by Japanese scientists to clone Woolly Mammoths to create an Ice Age Zoo.  (I wrote a paper on this five years ago when the news broke and updates have been conspicuously absence since that time.)

The prospects and implications of cloning can create wonderful fodder for the muse and imaginative conflicts in the speculative universes we create in SFR.  Got clones? 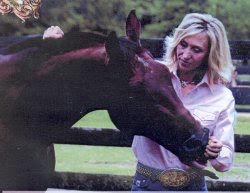