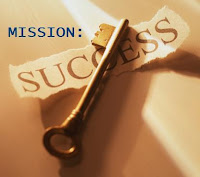 Lately I've been living a sort of immersion scenario while I work on my third novel and reflect on the current uneasiness in our culture surrounding an upcoming date on our calendar.

We're living in a time where our world has gone edgy with expectation.

Many cultures of the past--the Mayan, the Hopi, the Chinese, and others--have all hinted that on one particular date in the future something big is going to happen. Many researchers agree they are all pointing to the same date--December 21, 2012.

No one really knows exactly what will happen, only that an ancient calendar comes to an abrupt end on that particular date. 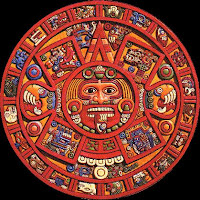 Some forecast doom and gloom in the eerily prophetic Mayan calendar--a calendar that has supposedly marked every major astronomical event for eons. Its terminus has been put forth by some to correlate to an energy surge from alignment with the galactic rift, a polar shift, intense solar flares, impact by a stray comet or errant asteroid, a direct hit from a gamma ray burst, an overdue supervolcanic eruption, shut down of the ocean conveyor and the inevitable instant ice age, or the mysterious planet X that's supposedly going to swoop in from the edges of our solar system, gallop through the orbital planes of the inner planets to collide with Earth.

Some believe it will be a change for better, for enlightenment, for the next step in human evolution.

And then there's the school of thought that nothing is going to happen at all. It's just going to be another date on the calendar. 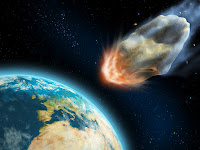 After all, how can an ancient society predict what's going to happen in the future--long after their civilization has ceased to exist? How can they know?

There's actually a precedence for that, according to some researchers. They're studying a sudden spike in global consciousness the morning of September 11, 2001, hours before the events of that day actually occurred. They claim random event generators can predict catastrophes that are yet to happen. [Read more.] Are they quacks, or is there really a way to tap into a global consciousness and "see" events that are yet to happen? Are some people wired to tune in to the future?

Was Nostradamus a prophet who predicted the rise of Hitler and other upheavals in history, or merely a very clever creator of enignatic words with symbolism that could be interpreted or twisted in any way to mean anything a person chooses?

The Great Prophecy of Draxis

In my third novel, Draxis, the people of this fictional society are living with a prehistoric prophecy that might be coming true. And just like the theories surrounding 2012, many are jittery and fearful. They aren't sure if the change that's foretold will result in annihilation, or glorious evolution...or if anything will happen at all. 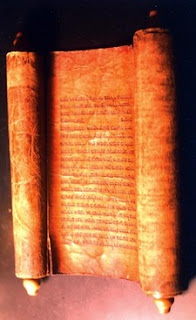 The Great Prophecy was written by a philosopher-visionary named Hamaden Sarcassius sometime around 9,000 BC by our time scale, the text carefully preserved for over twelve thousand years.

Who Sarcassius really was is lost to the centuries. Heck, maybe he was a mad. Or maybe he had ulterior motives for penning his prophecy. Or maybe--just maybe--he had the gift of vision and sent a dire warning to his race across a great expanse of time that something was coming--something the Draxians needed to prepare for.

The events of the Great Prophecy center around a person identified only as "the Flame," who according to the scripts will make a single decision that will destroy or "turn" their world.

The novel opens as the one who many believe may be "the Flame" wakes up on Draxis after being abducted, drugged and hurled through space and time to be thrust into this maelstrom of fear and fanaticism spurred by her arrival.

The parallels between the Draxian empire and our present day culture are easily drawn. Two societies living with the fear, apprehension, skepticism and denial surrounding a world-changing prophecy and the potential Armageddon it portends. Or doesn't.

No one on Draxis really knows what the words of Sarcassius mean.

And no one on Earth really knows what the end of the Mayan calendar indicates.

We live in interesting times.