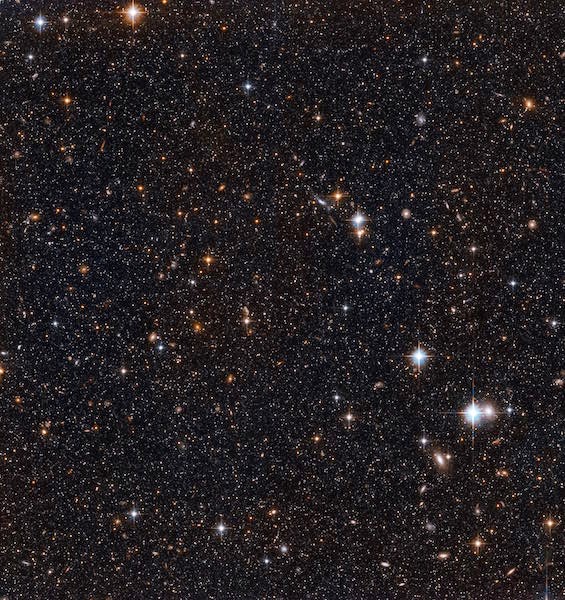 There's been a bit of discussion of late about the vast, unimaginable size of the universe and the distances between suns in a galaxy, let alone between the galaxies themselves. And that inevitably leads to discussion about space travel in fiction. Because, let's face it, without relatively fast space travel, space opera would not exist.
Indeed, the existence of Faster Than Light travel (FTL) is apparently seen as fantasy by the hard SF purists. Sure, that's true at the moment. But let me conjure up the ghost of Carl Sagan doing the 1980s Cosmos. Just a sec...

Come with me on a cosmic journey. We’ll start here, on dear old Mother Earth, the only planet we know a huge amount about. Journey back in time, four hundred years… 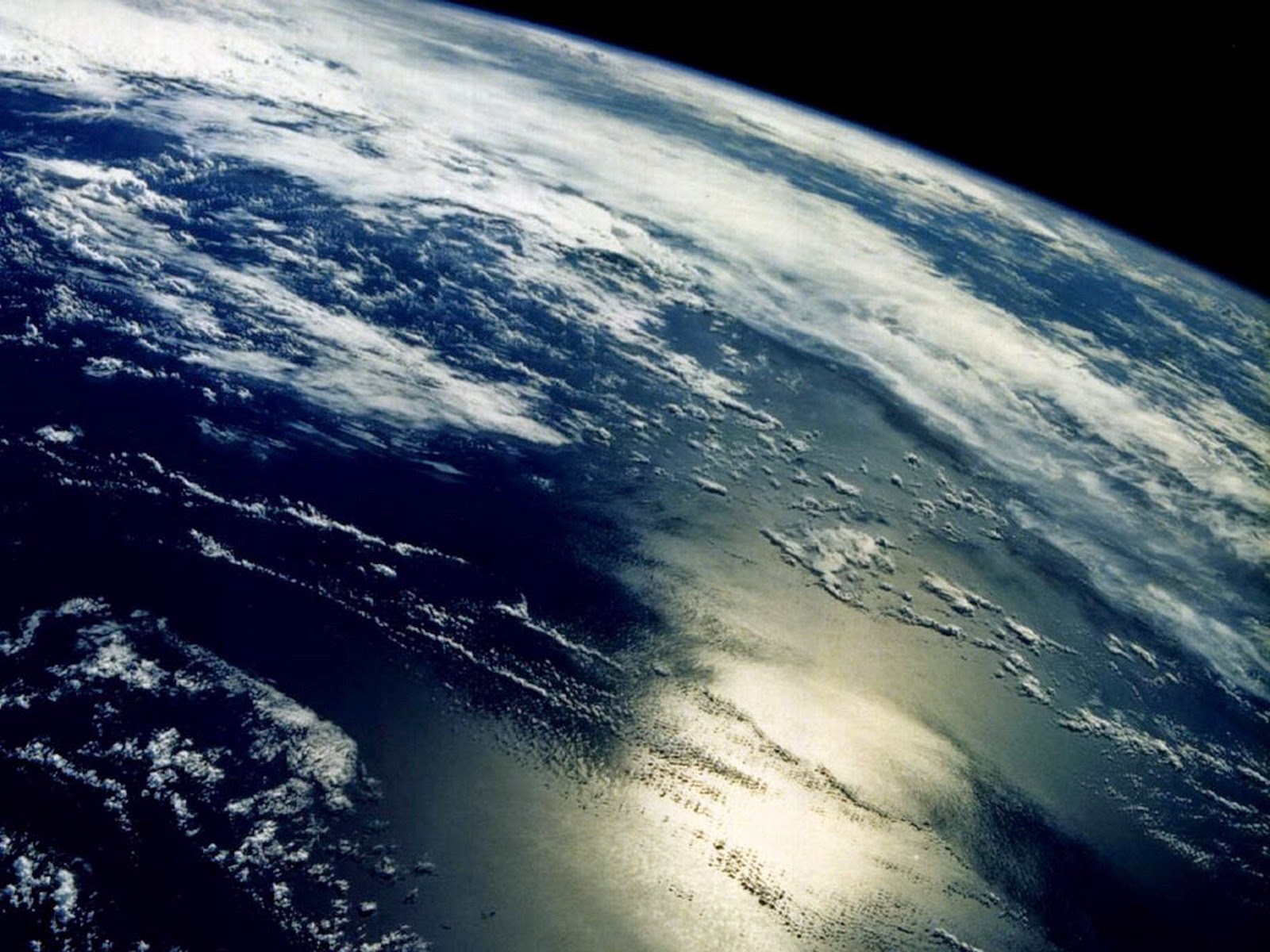 The world was beginning to open up. Intrepid explorers travelled to the other side of the Earth in search of trade and riches. Dutch merchant ships sailed from Amsterdam to what is now Jakarta in Indonesia to trade in spices. At the turn of the 17th century, they sailed down the west coast of Africa, re-provisioned at Table Bay and then set off past Madagascar and across the Indian Ocean up to Java. Makes sense, really, if you look at the journey on a map; down to the tip of Africa, then up at an angle to Indonesia. The journey took a year, sometimes as much as eighteen months if the winds were poor or the storms struck hard.

Then in 1610 Henrik Brouwer did something completely counter-intuitive and sailed south from Table Bay. Makes no sense, does it? Well, yes it does. The Earth is not a 2D Mercator’s projection on a tabletop, it’s a spheroid. The distance around the equator is greater than the distance around the lines we call ‘latitude’ to the north and south. Brouwer took advantage of that fact to shorten the distance he had to travel east and had the bonus of the reliable winds of the ‘roaring forties’ to push his ships along. All he had to do was remember to turn left when he reached the longitude for the Sunda Strait, sail up the coast of Western Australia and he was home. Taking this route shortened the journey by two thousand miles and more than halved the duration.

Over the years, sea travel became faster and more reliable. Steam and then diesel replaced sail. When my family migrated to Australia from Amsterdam the sea journey took about a month. Apart from the improved mode of transport, the ship also avoided the long journey around the Cape of Good Hope by going through a short cut – the Suez Canal.

Eventually, the obstacles forced upon us by oceans and continents were removed, too, with the advent of air travel. These days you can get on a jet at Schiphol in Amsterdam and get off twenty four hours laterat Perth International Airport. With airliners like the beautiful and now-departed Concord, you could do the journey in half the time. A trip from Amsterdam to Perth in a Concord would be around twelve hours. Half a day. That's pretty spectacular isn't it? But now there's the Sabre engine, which can operate in both atmosphere and vacuum, and can travel at 5 times the speed of sound. Such an aircraft could make the trip from Sydney to London in four hours. That’s 4 hours. Not bad, eh? But wait – there's steak knives! A spaceliner which will do the trip in 90 minutes!!!

So we’ve come down from 350 days, to 1 month, to 1 day, to 1.5 hours. Rams the point home, doesn’t it? Please note also that the improvements are coming ever more quickly as we develop technology.

Still with me? Trust me, it’s all relevant to space travel.

Imagine what reaction a person would have received if, in 1600, she’d said that in four hundred years, we’d be able to travel from Amsterdam to that southern continent we didn’t know anything about, in an hour and a half.

Yes, but that’s just the Earth, I hear you say. We’re talking inter-stellar distances. For Pete’s sake, the nearest star system from ours is over 4 light years away.

We have no way of spanning these vast distances in anybody’s lifetime. Regardless, the notion of ‘hyperspace’ in science fiction to allow for the possibility of space travel has been around for a long time. The Grand Master, Isaac Asimov, did rather a lot of planet-hopping. Have a look at his ‘Foundation’ series. Many of the more modern writers like Mc Devitt and Moon have FTL travel but show it as still a very time-consuming business with journeys taking weeks or months. Star Trek used warp drive, which was just a made-up thing, and also matter transfer (as does Linnea Sinclair) and others have portals for almost instant travel. Jack Mc Devitt in his book ‘A Talent for War’ postulated a quantum drive, where a ship moves from one place to another instantaneously. Worm holes would also allow for an instantaneous transfer.

But now, there are murmurings that warp drive might be an actually thing. And advances are being made in matter transfer, and although quantum tech is still in its infancy, the potential is there.

In my space opera novels I refer to my version of hyperspace as ‘shift space’. I’ve done that deliberately because in my universe the ships use the geometry of extra dimensions to get around. Ships ‘shift’ to another dimension for the duration of a journey.

It’s pretty much accepted that our 3D notion of the universe is just a perception, that there are many other dimensions we are not equipped to see. Such an understanding certainly helps to explain the apparent complexities of quantum physics and the anomalous behaviour of sub-atomic particles. Way back in the 1980’s Carl Sagan in his wonderful TV series ‘Cosmos’ showed us a tesseract, a four-dimensional object portrayed as best we could in a 3D world. To understand what you’re looking at, think about a standard, 2D drawing of a cube. According to mathematics, there are many, many more than four dimensions out there, not to mention parallel universes.

The biggest limitation imposed upon us in reaching a real understanding of things like this is that we are constrained by our own world view and our ability to perceive. As far back as 1884 E.A. Abbott in his book ‘Flatland’ described the problems of seeing three dimensions in a 2D world. We are faced with the same thing, on a 3D scale, if we attempt to visualise four, five or six dimensions. Or many, many more.

However, I can give you some sort of idea of where I’m coming from. Take a piece of A4 paper. Let’s label two diagonally opposite corners as A and B. Starting from B, we can reach A by going straight up one side then along the top to A. Hang on, you say, wouldn’t you just go across the diagonal, thereby reducing the distance and time taken? Sure you would. Now curl the paper over into a cylinder. All you have to do to get from B to A is move along a straight line. The length of the line will depend on how you make the roll (short edges together or long edges together). 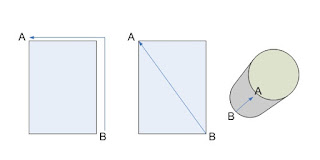 Now take point A in one hand and point B in the other and bring them together so they meet. Getting from B to A in this instance is like walking from one room into another.

That’s my notion of ‘shift drive’. I have included some duration in the journey in the book because I found it useful. Don’t ask me how the shift drive (the engine that makes it possible to take advantage of the geometry) works. I’m speculating a fusion drive to do something or other. When I work it out, I’ll let you know.

* This article is based on one I posted on my own blog several years ago. I've updated it a little to take account of new advances in technology. I reckon it will be out of date again very shortly.