The vexed question of genre 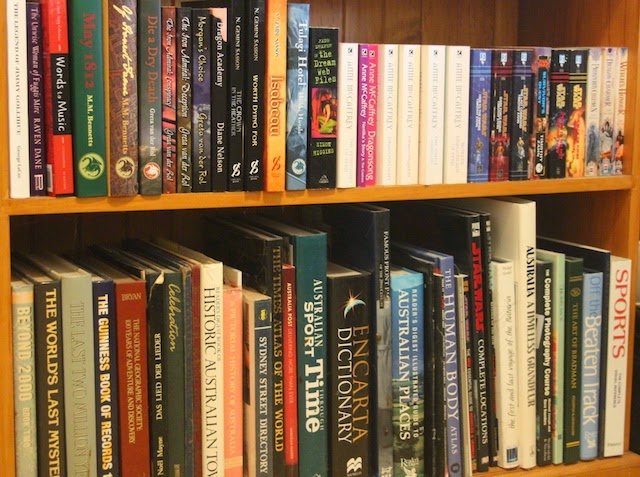 Genre. Heated arguments about genre come up pretty much every year – at least. Everybody has an opinion, everybody has a definition. So let's discuss what it really means.

Essentially, genre is the label a book is given to place it on a shelf in a bookshop. The purpose is to direct readers to the place they are most likely to find the books they want.

In a large bookshop with lots of floor space there'll be a whole wall of 'general fiction'. And then there'll be genres. Crime, thrillers, kids books, historical fiction, fantasy, science fiction, horror and a huge space labeled 'romance' - just to name a few. If you go into a smaller bookshop science fiction and fantasy will almost certainly be lumped together. George RR Martin, Ursula Le Guin, Jack McDevitt and Terry Pratchett will be cheek by jowl with Tolkien, McCaffrey and Terry Brooks in an uneasy mix of spaceships, dragons, werewolves, aliens, swords, blasters, FTL drives and magic rings. And other stuff.

It makes sense, of course. When I enter a bookshop (real or online) I'll end up at the science fiction section. Because that is what I read. If nothing there floats my boat, it'll be crime – murder mysteries, police procedurals and the like. For that reason it's a very good idea to put a label on your books, having made certain that the label matches the book's content. There's nothing more likely to put off a potential buyer than for that person not to get what was promised.

This blog, and most of what I write, is science fiction romance, so let's look at how SFR fits into bookshops and reader expectations.

Several years ago, someone suggested I'd like Linnea Sinclair's Games of Command. So I went looking for the book in a real-world bookshop. I found it, not in the SF section, but in romance. Since I don't read non-SF romance, I would not have found it if I wasn't looking for that book. That was a few years ago, and one hopes we've managed to persuade some of the die-hard SF fans that the girl-cooties won't hurt their SF, so that Games of Command can stand proudly beside Elizabeth Moon's Vatta series on the SF shelves. But I suspect we still have a loooong way to go.

Each 'genre' is supposed to have rules. But really, they're not 'rules', they're reader expectations. So choosing a genre for your book is important. With ebooks and Amazon, we can narrow our work down to a niche – at least, to some extent. In the case of SFR, Amazon has such a niche – it's Romance → Science Fiction. Not Science Fiction → Romance. That distinction is important. It kind of underlines the need for SFR books to have at the very least a very strong romance arc, with a HEA (happy ever after) or HFN (happy for now) ending, because that is what romance readers expect. If that's not what your book offers then you'll have to make do with Science Fiction, with romance tags and a carefully worded blurb, and perhaps the cover, indicating the romance arc. Thereby warning the SF die-hards that your book might include emotional squishy bits and the risk of girl-cootie contamination. Indeed, you might end up labelling your book as paranormal rather than SF, because it includes shape shifters or aliens or alien vampires.

If we're talking online communities of writers, the definition of SFR is broader than the limitations imposed by Amazon's book categories. SFR is a very broad genre, with room for many, many derivations. Although science fiction, by definition, eschews magic, fantasy elements can be included in an SF story. The best example I can think of is Star Wars. Time travel, steampunk, cyberpunk, dystopian, space opera, alien encounters etc etc can all be part of SFR – provided that strong romance arc is there.

I'd love to know how you categorise your SFR. And what categories you would suggest if you could influence Amazon.