A word about the WIP 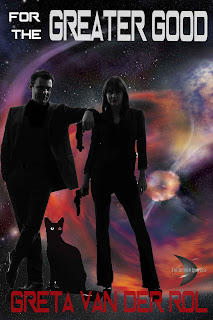 One of the issues I find with romance is that the expected structure – person A meets person B, A and B fall in love and after much toing and froing there's a HEA or at least a HFN – makes it very difficult to write another romance book about the same couple. Put it simply, I don't think you can. I tried it once, with the sequel to Morgan's Choice, Morgan's Return. But while you might classify Morgan's Choice as a romance, Morgan's Return really isn't. They met in the first book, they go through some troubles in the second book, but they're already a couple. OK, you might say MC was Happy For Now and in MR there's a Happy Ever After. I suppose. But I'd rather describe both books as action/adventure in space, with a romance arc.

I've hit a similar problem in my Dryden Universe books. I'm in the process of writing a sequel to Eye of the Mother, in which Tian Axmar and Brent Walker become a couple. So… where to from here? I didn't want the story to end because it has so many wonderful 'what if' elements, so much to explore. I can go into who set up Tian to fail and why? How will Brent cope with his new status as an Imperial agent? And there's always the politics – humans versus aliens, grubby deals, skulduggery…

All of that's in this new story, which now has a provisional title – For the Greater Good. It also has a new character. I think you'll like her. She's an auralfang – a type of feline. I've had a heap of fun finding out more about her as I write. That cover up there is just something I mocked up - it's called procrastination - my usual cover designer will do a final, professional cover for me. But it gives an impression of what it's all about.

And here's a lorikeet picture. 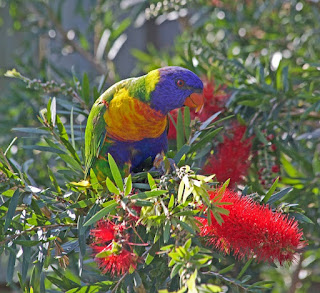 Email ThisBlogThis!Share to TwitterShare to FacebookShare to Pinterest
Labels: WIP