Getting your mojo back 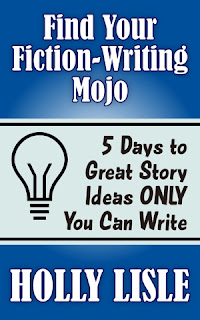 While I was in the writing doldrums recently I came across a little piece from Holly Lisle, well known writing coach. I've got one of her books on how to plot, and I usually wheel it out when I start a new project, because it's chock full of great, practical suggestions to get the juices flowing. But at the time I was at the "why bother" stage.

It's aimed at newbies, really; people who think they want to write, but aren't sure what. Over 5 days, with an email each day, Holly encourages you (with a series of questions) to find out a bit more about yourself and what sort of stories you could write. It was a bit of fun – and I can tell you it turned out to be extremely accurate.

What do I actually write? Stories with happy endings, filled with space, spaceships, strong men and strong women to match them. There's usually a historical connection (theirs, not ours) and an element of mystery/crime/politics.

Holly asks a few other questions about you, the author, asking you to delve a little deeper into fears, failures, successes – the emotions that make your writing blaze with authenticity, regardless of setting.

I suppose this little 'course' gave me validation that I'm doing it right.

And now, back to the WIP. 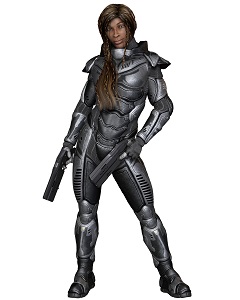 In this book Toreni is one of the main POV characters. She's one of the big, powerful Shuba class who make up the elite marine corps in Fleet and take jobs as security guards and bodyguards outside Fleet. In her Fleet persona I imagine her like the picture at left. But I must add, in the book Toreni isn't African-American, and everyone in that part of the galaxy has dark skin, so she's not meant to be "token diverse". Toreni has met Alric, a man she worked with in the Crossmar Police service, and they're sharing a meal and a chat.

Alric leaned back. "I'll have a beer, thanks. What are you doing now? For a job?"

Toreni hid her hesitation by ordering two beers, the dark, bitter brew that squaddies from Fleet tended to enjoy. "I'm working on a small courier ship. Just two other crew. I do the usual security work. But I'm also ship's cook. I've just been over to Shripati's to stock up for a trip."

"You're the cook? I remember you saying you wanted to be a chef?"

"That's… kind of on hold for the moment. But I practice on my friends. I'm getting pretty good. I'd say my noodles dish is just about as good as Pinnacles."

The beer arrived, well poured, with a small head oozing down the side of the glass. Alric raised his in salute. "To old friends."

He put his elbows on the table and leaned toward her. "Look, I'd love to have you back in the squad. You're experienced, you're honest. And you're a nice lady. I need a group leader."

Group leader. Time was she would have jumped at it. But that was before the universe wriggled and Jirra and Siena had come into her life. Along with Morgan Selwood and Vulsaur. She sipped some more beer, ran her fingers through her hair.

"I like your hair long," Alric said, his voice soft. The way he was looking at her didn't quite fit with an employment interview.

She shifted in her seat. It had been a long time since she and Tark… you couldn't call it making love. She didn't love him, he didn't love her. It was a matter of convenience, a roll in the sheets to work off some tension. Although that was hindsight talking. Back then, she'd been fairly besotted with Tark. He was a big, powerful man with a great body and an air of confidence about him, but looking back she saw his confidence was arrogance, and the glint in his eye, greed. Alric was confident, too, but without the swagger. He'd make a great senior sergeant.

"Thanks for the offer, but I don't think so. I'm happy where I am."

Back to the grindstone 😊

But maybe a lorikeet portrait. Just because it was Valentine's Day the other day. 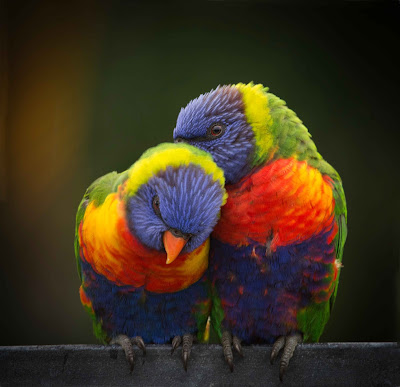