Sometimes it's easier to start with a clean sheet #amwriting 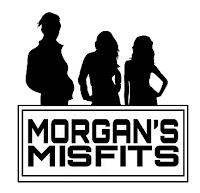 I've always found editing easier than writing from fresh but sometimes, picking up an old MS and recrafting it into something not quite the same isn't easy. Although I started work on the WIP with an apparent 12,000 word head-start, progress hasn't been spectacular. Some of the words just didn't suit, so hundreds of them were simply deleted. Others had to be re-purposed to fit a slightly altered scenario. And in some places, a bit more excitement was required – not just for the plot, but for the circumstances. As I wrote, the Inner Editor said things like, 'But she wouldn't have known that- you took that bit out' and 'You've got to justify this. Why is it happening?' Hey ho. That's how I write – a pantser with an editor sitting on my shoulder.

As I've been working, I'm beginning to understand why this little series, which seemed to hold so much promise, stalled in a heap. The original premise – four women, exciting adventures, then one drops out and is replaced – was sound enough. Until I really, really thought about it. I wanted to have four, each from a different Manesai class (Mirka, Vesha, Hasta, and Shuba) but it was too many, and difficult to manage. Besides, I'd have to lose at least one of the main characters each book. Much better to have a core of three women, with other characters coming in as needed, a bit like Charlie's Angels, with Morgan Selwood as kind of equivalent to Charlie. And although my books will always have a romance arc, these will be more about "sistas doin' it for themselves". That was always an issue, even in Kuralon Rescue, where there's one strong romance thread (one male) and four women. (Nothing wrong with that, mind – but it's not what I write 😊 )

Having made those decisions, the vista is much clearer. My usual cover designer had made a logo for the series, showing four female silhouettes. That was now incorrect, so (with her permission) I used her basic idea and modified it for the new situation. Hence the image at top left.
Then I moved on to the cover. Although the design of the current cover was great, it no longer reflected what I wanted to convey. Also, the tag line (follow your heart you never know where it might lead you) wasn't a great fit, either. So I had some fun with Photoshop. I'm not a graphic designer, but I have some PS skills and I must say I'm very, very happy with my work. The print cover for Kuralon Rescue is below.

It shows just one of the women, gun in hand, gazing into space. The tag line reads "Follow your dreams. You never know where they might take you." 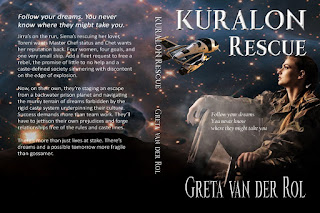 The following image will be for the current WIP. It's not quite finished – and the name of the book is likely to change. Shar Burk space station is a den of iniquity, and there are pirates involved, but I hesitate to add 'pirates' to the title for fear of readers being disappointed when there are no bare-chested men ravishing willing maidens. I don't like the word 'Operation' but it will do as a place holder for now. 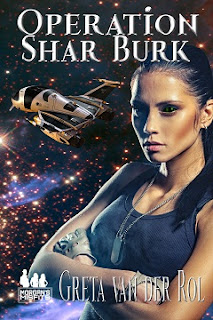 Speaking of 'for now', I'd better get on with writing. Meanwhile, any ideas for titles will be gratefully received.
Posted by Greta at 12:00 AM