I used to pride myself on my knowledge of trivia. I was particularly good at the minutiae of early rock’n’roll—song titles, singers, lyrics, dates—and the movies of Hollywood’s Golden Age. I ruled Trivial Pursuit’s Entertainment and History categories; I could hold my own in Science and Literature. At one time, I even dreamed of an appearance on Jeopardy! since I usually had all the answers playing along at home.

But my skills are sadly diminishing lately, and not just due to the ravages of age. Yes, as I get older, it is harder to match an actor’s name with his face or to remember just when that particular movie came out. After all, every year there are more movies, more songs, more events, more people and just plain more bits of information to stuff into my poor old less-elastic brain than the year before. 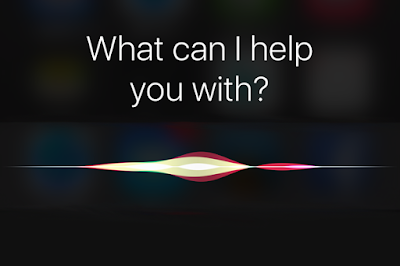 The bigger reason, however, is the ubiquitous presence of the Ultimate Authority in any dispute over some irrelevant factoid: the Internet. Watching an old movie on TV and can’t quite recall where you’ve seen that actor before? Check out IMDB.com. Arguing with friends at a bar about the exact dates of the Spanish-American War? Google it on your phone. The date a certain song came out and who sang it first? It’s all there at your fingertips. On your computer, your iPad, your smartphone. Argument settled.

What fun is it to have a brain for irrelevant facts when you can’t win arguments with it? In this day and age, no one gets to be king or queen of trivial knowledge when the minute a dispute arises everyone reaches for their phones. In the end, you stop trying to remember anything and just look it up. Then, when you want to remember, you can’t.

I had a little glimpse of this in the theater the other day. I saw the allegorical crime thriller BAD TIMES AT THE EL ROYALE, starring Jeff Bridges, Jon Hamm and Chris Hemsworth. A soulful R&B score sets the tone for the film, starting with the opening scene, which is accompanied by a catchy tune called “26 Miles (Santa Catalina)” by the Four Preps. Now, I instantly knew the title, and was pretty sure of the artist (after all, oldies are my jam), but I couldn’t quite remember the exact year the song came out. Was it 1957? 1958? I didn’t think it was as late as 1960. But it was important, because the rest of the movie starts with the scene card “Ten Years Later.”

Arrgghh! A jukebox in the motel of the film’s title (which straddles the Nevada/California state line and may or may not be Purgatory) provides the soundtrack of the rest of the movie—classic R&B hits like the Four Tops’ “Bernadette,” the Isley Brothers’ “This Old Heart of Mine,”—but is little help in determining the year in which the film is actually set. “Bernadette” hit the charts in 1967; “This Old Heart of Mine” twice, in 1966 and 1968.

I was going crazy until characters in the movie find an incriminating 8-mm film of a certain senator who’d had connections with Sinatra and the Rat Pack—a senator who was no longer alive. If that senator was Kennedy, then the movie had to have been set after June, 1968. Ah-ha! At least I could relax and watch the rest of the film in peace.
It turns out “26 Miles (Santa Catalina)” indeed came out in 1958; BAD TIMES AT THE EL ROYALE is set in 1968, with all the great music of that time, and a lot of the strange hippies-gone-bad vibe of that era, too. (Hemsworth plays the Charles Manson-like villain with relish!) Going in, I anticipated a lot of Quentin Tarantino-ish gore and black humor, but director Drew Godard (CABIN IN THE WOODS) gave the film more heart than I expected. Veteran actor Jeff Bridges and the voice of heroine Cynthia Erivo elevated the film beyond the ordinary, too.

I just wish I hadn’t had to rush home to my computer to look up the details on that soundtrack. Hey, Siri—why don’t you just take a hike?