THIS is the Han Solo You Were Looking For

Since it's Halloween week, it seemed like a great time to do a fun post that looks at both state of the art trickery and role-playing. It seems there's been some really interesting developments and discussion related to the Star Wars franchise. :)

First of all, there was a recent buzz on the io9 site about the "remake" of Solo: A Star Wars Story created by someone with a handle of "derpfakes" (which, apparently, means "deep fakes") using Deep Learning AI to insert Harrison Ford's face into the actual footage.


Check out the clip:


Somewhat convincing, if you ask me, though the voice still needs some work in a few of these scenes. If this technique has a future in Hollywood, it could lead to some fascinating possibilities. But there's a bit of a spin to the story...

Commenters on the article had some gripes. They basically said better casting might have been the key to a more believable young Solo in the first place. They recommended actor Anthony Ingruber as a better fit than the actual man cast in the role, Alden Ehrenreich.

After viewing the example -- no offense to Ehrenreich, who is a fine actor -- but I have to agree. The casting for this particular role was not what it could have been. Not only is Ingruber's appearance much more what I'd expect for a young Han Solo, but his voice and inflections are dead on!

Your mileage may vary.

Watch this clip from Age of Adaline and you be the judge. Please let me know what you think. (Sorry for any ads that might mar the experience. Can't avoid them these days. :( )

[This video link was apparently disabled after I composed the post, but you can click here to see it on YouTube: Anthony Ingruber in Age of Adaline. And again, sorry for the ads.]

The looks, the gestures, the voice... Yes!

After watching the clip, I read several comments that Anthony Ingruber actually auditioned for the role of young Han Solo in the movie, but didn't get it! Some theorized this happened because his competition "had a better agent."

Very sad, if true, because I feel it was a missed opportunity for the film's connection. Although Solo was full of action and an entertaining enough movie, one of the things that really marred the viewing experience for me was that I had a hard time reconciling the young Han Solo portrayed in the film with the character I knew and loved so well. I didn't feel like I was actually seeing a younger Han, but some stranger I couldn't connect with at anywhere near the same level.

But back to the derpfakes/deep fakes subject. Here's one more offering. A very quick glimpse of another re-creation from the closing scene of Rogue One.

Watch closely. The original CGI recreation of Carrie Fisher is in the top pane, and the Deep Fakes version -- which reportedly wasn't high res and was created on a desktop computer -- is at the bottom.

Will the real Princess Leia please stand up?

I'm seeing some real promise for future franchises that do prequels and sequels 40 years (or heck, 20) after the original film.

Can you imagine a new Firefly series or motion picture--with the Deep Learning AI technology used for actors who have aged beyond their roles? (Though certainly not Nathan Fillion, if you've seen him in clips for his latest series, The Rookie. He could still totally play Captain Mal Reynolds. He looks younger now than he did when he played Castle!)

Hmmm... A bit chilling, yes? If you have time to spare, you can view this YouTube video on some of the more dubious uses of this new technology.

Have a great week and enjoy your tricks and treats. 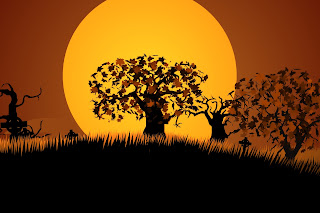