I'm going to do NaNoWriMo 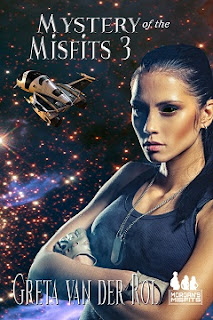 Goodness me, hasn't the year flown by? It's nearly November and I haven't written a word of fiction all year. Okay, I've accepted I'm not going to be the next JK Rowling, but writing is still a good way for me to keep my brain active, so I'm going to do NaNoWriMo (National Novel Writing Month). It's held every November and I've discovered I actually signed up once, way back when I still had a Yahoo email account. Since 2013 my statistics are very even – I achieved exactly zero words every year.

Why have I decided to have a go this year, for real? Because I need the motivation and the discipline. NaNo might help. It might not, too, in which case I've lost nothing.

I had three choices for a suitable project: 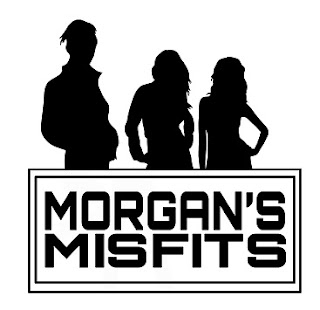 I've decided on Misfits 3. I've written up to 10k words on this book in the past, and stalled - more than once. I couldn't get past that point because I ran out of plot. It's time to consign the previous attempts to history and start again. I'm a cross between a plotter and a pantser - I do think even make-it-up-as-you-go types like me need to have at least a route map before writing starts, and I hadn't done that. But this time, I think I've come up with a reasonable plot with plenty of room for disasters and re-starts (AKA plot twists). This description isn't exactly a blurb, and I hope it works as a starting point.

Marisa, last mistress of Governor Soldar, manages to escape alive, if battered and bruised, from an attempt to kill her. She's found wandering dazed and feverish by Toreni, Chet, and Jirra. They recognise her and take her off to their ship. A ship delivering a consignment of X-stream, a new power supplement which will multiply the speed and efficiency of existing engines, has disappeared in transit to the Union's capital planet. Admiral Ravindra suspects a leak in Fleet's security service has led to the disappearance, so he hands the task of finding the missing vessel and its cargo to Morgan's Misfits. Governor Soldar, dictator of Shar Burk space station, is at the top of the list of Ravindra's suspects. If he receives the X-stream the worst pirate fleets in controlled space will be super charged. Marisa may well be useful to the ladies, providing them with information about Soldar that on-one else would know.

While the ladies are chasing a missing ship, that bounty hunter who has been after Jirra since she refused to marry the man her father picked for her has reappeared. I'll bring that situation to a close in this book.

By the way, parts of the writing I did before will show up in the story - just not in the form it was in when I wrote it.

I'll let you know how I progress. You'll find me at the NanoWriMo site as GretavdR.