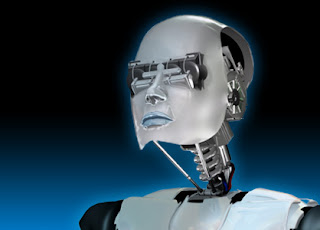 Sometimes out of the mouths of babes (or fools) come questions that shift the foundations of our world: Why is that man on TV shouting? Why can’t we travel to the stars? Who built the Pyramids—really? Why don’t your aliens use robots instead of human slaves in their mines?

Huh? What was that last one? That was a comment I got back on my manuscript, Unchained Memory, in a recent contest. Now, as many of you know, the premise of my Interstellar Rescue series, of which UM is the first book, is that the familiar little gray aliens of myth are taking humans from Earth to use as slaves in a vast intergalactic empire. Fighting the aliens is an interspecies cadre of sexy men and women dedicated to destroying the slave trade and returning the slaves back home whenever possible.

One of the judges in this recent contest didn’t like my premise. If the aliens had the technology to flit around the galaxy in spaceships, this judge said, why not just use robots to do their mining, agriculture and other dirty jobs back home? Why use slaves?

Okay, let’s set aside for a moment the usual contest problem that you have only the first few pages of the manuscript to explain anything, so whatever explanation there might have been later on is lost. Let’s just take the question as it is, because it’s an interesting one. Consider this backstory for my books, or just philosophical discussion for the rest of y’all.

Why use slaves? The easy answer here is “because they can”. Consider that the aliens’ world is different from ours. Space travel is easy and cheap. They have discovered and mapped thousands of jump nodes, wormhole-like portals in the fabric of space-time, that allow virtually instantaneous transportation through huge distances of empty space and can even allow for the manipulation of time, with little expenditure of energy. One of these nodes opens on the very edge of our solar system, leaving a backward and somnolent Earth vulnerable to the depredations of this “superior” race. 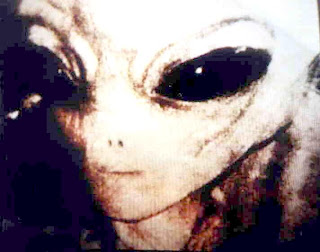 ans, my aliens, as being small and slender—the typical big-headed, black-eyed “Grays” of the alien abduction theorists—because they have evolved up from amphibians and just didn’t have any reason to get big and strong. In addition, the circumstances in which they use human slaves—the mines, the agricultural plantations—often involve circumstances which are toxic or physically harmful to them. So they had incentive to come up with a labor supply to work these sites early on.

So let’s say in the Grays' explorations off-planet they came upon some other hapless species and used them as slaves, but they didn’t work out. This, as we know, is what happened on Earth with the Caribbean Indian tribes and others. So with a predisposition to slavery which is cultural and no good slaves about, the Grays go looking and happen upon Earth, ripe for the plucking. They don’t take thousands at a time, just as the early slavers didn’t in Africa. They take a few hundred at a time, from locations all over the planet, not even enough to be noticed, except by the nut cases.

Now in the meantime, perhaps, someone back on Minertsa is trying to come up with a better plan. That person has ethics. “Slavery is not the way. We should try robots.” (This is actually a sub-plot in my second novel, Trouble in Mind.) But robotics is not an easy science. Here on Earth we’ve struggled to come up with a cheap and reliable robot dust mop, even though we’ve managed to get ourselves to the moon and back. Robots are expensive; they’re difficult to program precisely; they break down; and worst of all, the more sophisticated they are, the greater the danger they might develop a mind of their own. Then there are the political and cultural implications of changing a centuries-old structure based on slavery. Why go through all this when humans are cheap and available?

Yes, I’ve made some assumptions here. I’m assuming the cultural bias toward slavery and the cheap space travel. But, at least as far as the space travel goes, how else do you write a science fiction novel set in space? Every novel makes some kind of assumptions. As my critique partner said, this judge is not interested in my novel. S/he wants to write another novel, with another set of assumptions (presumably one limited to Earth’s technology).

Or maybe I’m wrong. What do you think? Are slaves the answer to the Minertsans’ labor problem, or should they have been working on robots all these years? 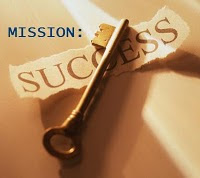 Well, we were already on the countdown to Sharon’s Ghost Planet and now we’re on tenterhooks for the debut of Pippa’s Keir. Laurie, too, is getting in the action with a publisher’s request to Revise and Resubmit P2PC. Congrats and mucho kudos to all of you. With all the good things coming your way, some of this glitter can’t help but rub off on me!

On the heels of Laurie’s post on Pivotal Statements comes an article in the March issue of Romance Writers Report, the official magazine of Romance Writers of America, on “The Secret of Selling: The Fast-Paced Novel”. Authors Elisabeth Naughton and Joan Swan point out that the key to pacing is posing a series of questions and answering them in leapfrog fashion throughout the novel. Each answer opens up more questions until the full story is completely revealed in the final pages.

These questions and answers apply to both story (plot) and character (relationship) and when diagrammed (as the authors did for the movie SHREK in the article) can make for quite a mind-boggling picture of overlapping arcs. The idea, though, is to keep posing questions and providing answers throughout the book, while keeping in mind the big question and what the final answer will be at the end. Not an easy task, and sometimes not a task for the first draft. Questions will emerge as you’re writing that even you don’t have the answers to until you write to the end. At least that’s how my mind works.

Check out the article online at www.rwanational.com.