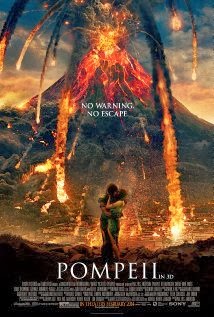 Sunday night all of us with a love for the big screen—film buffs, movie fans, fangirls- and-boys—will be somewhere in front of a smaller screen to watch the 86th Annual Academy Awards presentation from Hollywood.  Some of us will be in our jammies, with bowls of popcorn in our laps.  Some of us will be among friends dressed in our best at theme parties thrown for the occasion.  Some of us will have bets riding on the outcome of the Best Actor or Best Picture contests.  Some of us will be watching just to hear Ellen DeGeneres dog the celebrities or to see what Jennifer Lawrence is wearing.

I love the Oscars—the excitement, the glamour, the unexpected moments (Best Foreign Language Picture winner Roberto Benigni climbing on the seats!). And I make a point of seeing a lot of the movies that are nominated.  I’ll be rooting for Alphonso Cuaron, Sandra Bullock and GRAVITY to each take home the little gold fella, but a slew of other directors, actors and films will make it hard for them, and that will make it fun.

But you know me.  I’m an Equal Opportunity movie fan.  And you can bet your last bucket of popcorn that the most recent movie I saw in a theater will NEVER be nominated for an Oscar.  Nevertheless, POMPEII was a lot of guilty fun, and well worth the extra coin I had to pay for the full 3D experience.

Now I admit POMPEII is not a science fiction film.  Sorry.  I’m going to review it anyway, for two reasons.  One, I LUURRVVE me some disaster films.  The more complete the destruction (2012, THE DAY AFTER TOMORROW), the better.  (Of course those films also had some element of scientific theory or futuristic speculation, feeble as it was—in the case of 2012, especially).  But I’ll settle for a good, ole local disaster, too (VOLCANO, EARTHQUAKE!).  And, in some respects, nothing beats an historical disaster (TITANIC).  We know how it’s going to end, but we just can’t help getting caught up in all that human drama.

Secondly, I have a personal connection to Pompeii.  In 2000, I visited the ruins of the tragic city destroyed by the volcano Mount Vesuvius.  The streets and many of the buildings have been painstakingly unearthed, and it is remarkable how much of the layout of the town can still be discerned.  In the ruins of the villas, archaeologists have restored the original wall paint and murals.  Then, of course, there are the heartbreaking figures of the people caught in the very last seconds of life by the speed of the pyroclastic flow from the volcano and covered in ash, frozen forever in time to be discovered centuries later.

The second best part of POMPEII is the recreation of the city as it existed before Vesuvius destroyed it.  My imagination had already rebuilt this thriving city with a teeming market and streets lined with houses, according to the plan that was still clear from the ruins.  But director Paul W.S. Anderson (RESIDENT EVIL, ALIEN VS. PREDATOR) and his CGI crew present a fully recreated Pompeii of A.D. 79, right down to the gladiatorial stadium, which was, we’re told, the second largest in the Empire after Rome’s.  Over all of the city looms the mountain, steaming and smoking from the first frame, a presence all feel, but largely ignore as a fact of life in that region, something like California’s earthquakes or Florida’s hurricanes.

Vesuvius, by the way, is still an active volcano, one of the most dangerous in that hemisphere, according to the experts, because of its proximity to heavily populated Naples and the Capri coast.  But its size is much reduced, at least from the one in Anderson’s vision.  In the film, the mountain dominates each frame, and those of us who know the outcome can’t help but shudder.

That’s the key to a “good” disaster picture, of course.  Those of us safe in our seats in the audience know something horrible is going to happen.  The filmmaker gives us the hints—why-oh-why don’t the characters see that the boiling lake and collapsing earth and earthquakes and sinister sifting sand in the roof of the arena are telling them to GET THE HELL OUT?  (You have to give one villainous character credit in POMPEII for being the first to catch on.  He sees the signs and calls for his litter and slaves to carry him to the dock to catch a ship to safety, well before anything has really started.  But by the time he gets there and gets on board, time has run out.  Vesuvius catches him far out into the harbor.  Just deserts.)

Anderson does a bang-up job of giving us what we came for in the final third of the film, as the mountain erupts and buildings collapse or explode when hit by flaming boulders thrown from the caldera.  People panic and run screaming in all directions.  The requisite child is almost trampled, but saved by one of the heroes.  Heroes and villains fight to the death in the middle of spectacular destruction.  Ash flies into our faces (this is 3D, remember!).  Flaming rocks fly into our faces (3D!).  The water in the harbor eerily retreats, then roars back in a tsunami that consumes hundreds seeking salvation at the docks.  An entire villa slides into the ocean.  It is an orgy of destruction.

Don’t look for acting of any great caliber in the midst of all this CGI glory.  Keifer Sutherland, as a Roman senator with designs on the heroine, has fun with his role as Snidely Whiplash in a tunic and breastplate.  Carrie-Anne Moss and Jared Harris, as the heroine’s parents, do their best with what they’re given, lending some dignity to the proceedings. Adewale Akinnouye-Agbaje does what he always does, which is to play the ferocious, great-hearted fighter.  But Kit Harrington and Emily Browning as the hero and heroine generate about as much interest and heat as a day-old pizza.  I was more concerned about the horse carrying them in their desperate escape attempt than with the two of them.

Still, POMPEII is a wonderful guilty pleasure.  Too bad there isn’t a separate awards ceremony just for movies we know are bad, but love anyway.

Thanks to everyone who commented on last week’s post (When I Stop Reading—And Why).  Seems I’m not the only one who gives up in the middle of a book these days.  Most of us just don’t have the time to waste on something that’s not up to standard.

And, Laurie, I agree with you 100 percent on all your reasons for picking up and sticking with a book (Why I Start Reading—and Why I Stick With It). I depend on the blurb and the cover to sell me almost all the time. (The rest of the time, I depend on word of mouth.)  Pippa says she likes writing blurbs—she’s probably the only writer I know who says that!   Most of us hate it, but it’s important to get it right, for all the reasons Laurie mentions.