Juggernaut - a Pets in Space 5 story 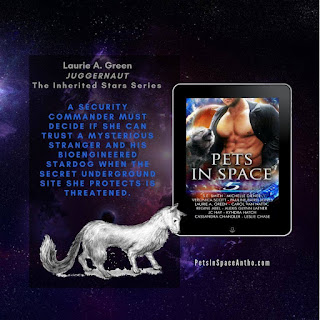 If Juggernaut, Laurie Green's contribution to the Pets in Space anthology, is anything to judge by, readers are in for another ripper read-fest. There's a whole lot of story in this novella parcel.

Dek Garr is a lieutenant commander, second in command of the security team for a top secret facility located in lava tunnels on the planet called La Guardia – or is it Draxis?

There's plenty of conflict in the story. Dek and her commanding officer don't get along and some of the team resent her because she's a woman but Dek does her job to the best of her ability. Then suddenly, she's left in charge as acting commander when her boss is pulled off world for… something. That's when Telon and his partner, stardog Cassie, arrive on a secret mission.

The relationship between Telon, Dek, and Cassie develops from a rocky start as they get to know more about each other – and we readers find out more about them. The lava tubes which form the setting for much of the story are well described and they also make sense as a location for the secrets they hide.

Stardog Cassie is cute as a button and I'm sure Laurie took some of her inspiration for the creature from her own miniature dachshunds. I confess, I wouldn't mind having a smart little stardog. She becomes the star of the show (as she should) when she uncovers a stunning secret that had gone undetected until she finds it. It's something that gives one to think.

Reading Juggernaut I was reminded of things happening in our real world – changing history, cancel culture, the comings and goings of Empire. And I liked the believable future technology. The main characters are sympathetic and well-rounded, with interesting back stories that give the story depth.

I specially like the ending, where Dek has an epiphany.

Yes, of course there's a HEA. It's a romance. 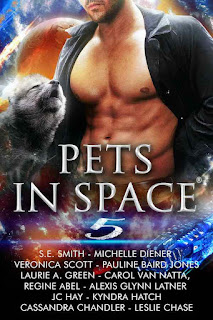 Have you pre-ordered your copy yet? You really should.