Working with your characters 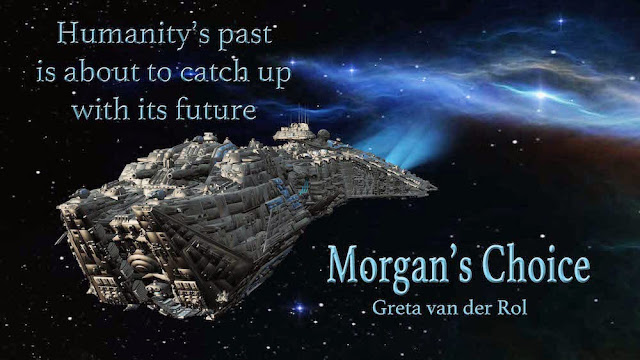 One of the nice things about writing is you connect with your characters. They become very real – and that has to happen so you can write their stories in a convincing manner. You'll often hear writers complaining because their stories have stalled. They want to write a scene but the characters aren't having any. They stand there with their arms folded and refuse to go where you want them to go. Or your characters take over and heads in a completely different, totally unanticipated direction.

It's happened to me. Of course it has. When I was writing Morgan's Return, the sequel to Morgan's Choice, Morgan's original mentor, Admiral Makasa, played an important secondary role. I felt it was important that he was more than a cardboard cut-out, a two-dimensional figure in a Fleet uniform, so after much intense navel-gazing, I added a scene of Makasa with his grandson.

The little boy dangled in the harness, chortling with laughter. "Do it again, Padra, do it again!" Smiling, Makasa sent the toy ship whizzing around the yard again, low over the bushes, zooming over the pool, tilting down the garden paths, while all the while young Obra crowed with glee, his chubby little hands tight on the crash bars.

Makasa zoomed the toy fighter around a clump of rushes. "Nonsense. He's loving it. He's a natural born fighter pilot."

Her lips taut with disapproval, she said, "Long before that he'll be a sick little boy. Anyway, I'm to tell you there's a message for you. From work."

His hands faltered on the controls. Work? They knew better than to interrupt him on his day off. "Tell them I'll call later. Who was it?"

The interesting thing is that later in the story this scene gave me an important hook to explain something Makasa does. I had no idea that was going to happen – but the subconscious mind is a remarkable creator.

I've found the best way to get out of story binds is to talk to your characters, especially when they're in that arms folded, stubborn mood.

Shrug. (But I get the idea it's not something she's comfortable with.)

At this point, you relax and chill, letting your mind drift in neutral. Eventually, your character will talk to you, maybe throw up suggestions, alternatives. 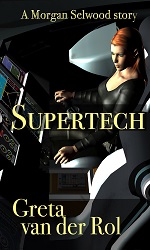 And sometimes it's the other way around. You write a character's story and you find you want to know more. I'd written Morgan's backstory, how she became a Supertech, before I wrote Morgan's Choice. (It's called Supertech, a longish short story)And Supertech became the lead-in to Morgan's Choice.


I also knew a certain amount about Admiral Ravindra – his background and what made him a little bit different to other Manesai admirals. One of those things was, that against all custom in his social class, he had a tattoo. But when I wrote the book, I didn't know how he acquired that tattoo. And I began to wonder. What would make the son of a dynasty of admirals make the mistake of having a tattoo? Tattoos were common in the lower ranks, but disdained by officers. 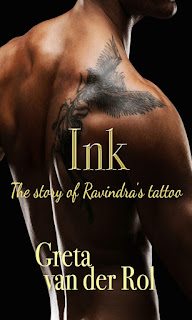 So, I wrote that story. It's called Ink – how and why Ashkar Ravindra acquired a tattoo.

I actually think it's one of the best stories I've written. It's not a romance but it gives an insight into Admiral Ravindra.

You'll find all the Morgan Selwood stories - including Ink and Supertech, on the series page.

Email ThisBlogThis!Share to TwitterShare to FacebookShare to Pinterest
Labels: characters, On Writing, writing