GAME-CHANGING FICTION: ENDER WORTH A RE-READ 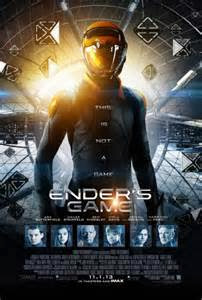 It has taken more than 25 years for film technology to catch up to Orson Scott Card’s original vision of the Battle Room. The brilliant three-dimensional scope of Card’s SF space training simulator, the kernel of the idea of the Nebula- and Hugo-winning Ender’s Game, will finally become visible on movie screens November 1, as the film based on the novel debuts at last.  Those of us who write even glancingly of battles in space should be taking notes.

Forget for a moment what you might think of the author himself.  Card has become mired in a self-made swamp of controversy over the past few years, thanks to his ultraconservative views on gay marriage and President Obama (among other things), and his strident expression of those views.  (Yes, people are entitled to their opinions, but they should hardly be surprised when the targets of their vitriol get offended.)  The controversy has even spilled over into this latest project, leading Ender’s Game studio Lionsgate to discreetly step back from the author (who is also a producer of the film) lest a threatened boycott by LGBT groups solidify.

So, okay, let me be clear.  I don’t agree with anything Orson Scott Card has said politically in years.  And yet he has written a most amazing book, an earth-shaking, ground-changing book.  I thought so in 1985 when I first read it.  I imagine I’ll think so when I re-read it this time. I’m setting out to do that because I think the book deserves a fresh look in light of the film.   And I’m recommending the book to my 12-year-old grandson, a boy with an old soul who is going through a rough time right now.

One thing the book did not have in 1985 was the author’s introduction, which was added in 1991.  Since my original copy of Ender’s Game has long since disappeared, I had to hie myself to the bookstore for another.  This is the updated version, published in 1991 (to take into account the fall of the USSR, etc.), with the intro. What a revelation.  I imagine if Card himself read it now, it might be a revelation even to him.

The idea of the Battle Room that is so central to Ender’s Game came to Card at the end of a logical thought progression that started with Isaac Asimov’s Foundation Trilogy, an SF classic which Asimov admitted owed much to Gibbon’s Decline and Fall of the Roman Empire.  Foundation was the young Card’s favorite SF series, and it set him thinking.  About how human nature worked in the past, and how that would translate into the future.  About whether humans could actually learn to be different, or were stuck in their age-old patterns no matter how advanced their technology was.

Card longed to write stories that made others think the way Asimov’s did, but despaired that he was not a scientist.  He loved history, particularly military history.  How could you use that [insert sneer here] liberal arts discipline to write the science fiction he also loved?

To make a long story much shorter, Card’s musings eventually brought him to the question of how the military leaders of the future would train their troops for combat in space.  It’s difficult enough to train for air combat, where enemies may come at you from all directions, but gravity and the drag of friction are still factors. What would it be like to fight a battle where those were not factors, but other principles of physics still applied—action/reaction, momentum, mass/energy conversion, etc.?  That’s when the idea of the Battle Room first popped into his head, almost fully formed.

But to Card’s everlasting credit—and this should have “Secret to Crossover Success” pasted all over it—he realized the idea that gave birth to his story would not be enough. From the introduction:
But, having thought of the Battle Room, I hadn’t the faintest idea of how to go about turning the idea into a story.  It occurred to me then for the first time that the idea of the story is nothing compared to the importance of knowing how to find a character and a story to tell around that idea.  Asimov, having had the idea of paralleling The Decline and Fall, still had no story; his genius—and the soul of the story—came when he personalized his history, making the psychohistorian Hari Seldon the god-figure, the planmaker, the apocalyptic prophet of the story.  I had no such character, and no idea of how to make one.

Years passed before Card found his hero in young Ender Wiggin, and a way to build the story around his wonderful SF idea.  He started with a novella, which won the Hugo in 1977, and expanded it to a full novel in 1985, which won both Nebula and Hugo prizes.

At another point in his introduction, Card says, “In science fiction . . . the whole point is that the ideas are fresh and startling and intriguing; you imitate the great ones, not by rewriting their stories, but by creating stories that are just as startling and new.”  Orson Scott Card certainly succeeded in that with Ender’s Game.

And isn’t that what we are trying to do with the entire subgenre of Science Fiction Romance? 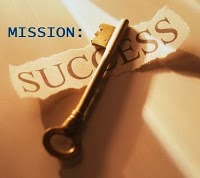 If you haven’t completed your tour of all the blogs participating in the “If You Like . . .” campaign to introduce new readers to SFR, then get on your spaceship and ride!  Find the list of bloggers making their recommendations for great reading material at The Galaxy Express post introducing the campaign.   And check out my own recommendations in last week’s post in case you missed it.

Just for good measure, if you liked Ender’s Game, then you’ll like a book I recommended last year, Ready Player One by Ernest Cline.  A game-playing genius teen saves the world (or at least, its soul) and wins the girl.  Much more lighthearted than Card’s classic, but the young heroes have much in common. 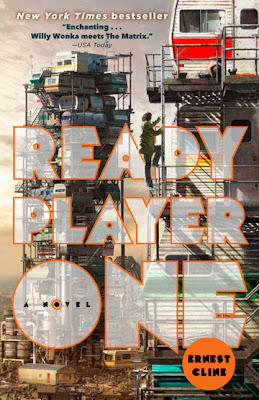