And this led me to a question if there's really a difference in tastes and a difference in audience expectations between the Hollywood motion picture industry and the New York (Big 5 traditional) publishing industry, or if the difference is merely a perception. 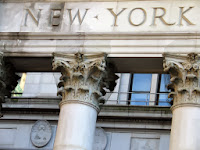 The perception by the big publishing houses seems to be that science fiction and romance don't work together. That science fiction romance is doomed to fail because the science fiction readers and the romance readers are two entirely different groups, and therefore the genre has a very limited "niche" audience. (Those few books that do succeed in getting a contract from the Big 5 then seem to face a very difficult marketing quandary--should they be packaged and marketed as SF or Romance?)

How did I formulate these perceptions?

Actually, they came right from the horse's mouth, so to speak. These are the paraphrased words of New York editors I've gleaned from retreats, editor panels, judged contest entries, publisher spotlights, and yes, even rejection letters, for the past three years.

When a motion picture is made, the audience dynamics are taken into consideration. Generally, couples or families are going to go see films together so when it comes to science fiction, the films are formulated to include elements that will appeal to a wider audience. That element is usually romance. 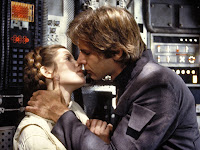 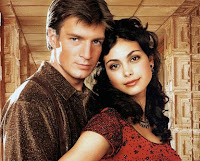 These are only a few of the SF with R offerings of the past couple of decades, so where does the New York perception arise that science fiction and romance don't work together, when they clearly make for some enormous audiences and huge successes in Hollywood?

Is it because we read books as individuals instead of as couples or families, so the tastes of the individual must be catered to without thought to their significant other or family members?

If so, then how did the perception that individual readers will reject either the science fiction or the romance in SFR originate, especially when it's so popular and so widely accepted, and even sought after, on screen?

Why are New York and Hollywood light years apart in this respect?

What are your thoughts on why New York isn't keen on SFR? Do you believe the reading and viewing audiences are two different groups or that they expect different things in a book than they expect in a motion picture? Do you believe the perception in New York arises from the failure of SFR books in the past to find a substantial audience? Or do you think it's rooted in other factors? We'd love to hear your opinions.
Posted by L. A. Green at 3:00 AM

Email ThisBlogThis!Share to TwitterShare to FacebookShare to Pinterest
Labels: New York vs Hollywood, popularity of SFR in books vs films, SFR and NY, Why Your Novel Wont Sell