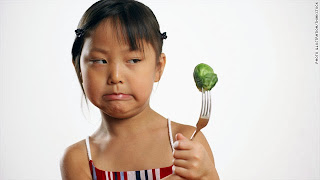 A few years back a cookbook hit the scene with the hopeful title The Gradual Vegetarian.  Presumably aimed at the veggie-curious and those determined to drag reluctant spouses, friends and family members kicking and screaming away from their burgers and fries, the book began with the idea that if you could be persuaded to try something that tasted similar to a food you liked, you might eventually be tempted to venture a little further out of your comfort zone.  One day you might wake up to find you were actually fond of vegetables!

Those of us who love science fiction romance often find ourselves in the position of the lone vegetarian carting a green bean casserole to the family barbecue.  How do we make our romance-reading friends love it as much as we do?

Starting Sunday, SFR-loving bloggers across the e-galaxy will be addressing this question with a series of blogs with the theme “If you like . . . you’ll love . . .”, comparing well-known SF or romance authors or books with lesser-known SFR authors and their titles. (Once the event gets underway, you’ll be able to find a master list of the participating blogs at Heather Massey’s The Galaxy Express.)

I’m jumping the gun here at Spacefreighters Lounge with my “Gradual SFR-arian” approach to finding SFR you’ll love.  (It was either that or get left in the dust of all the other blogs going before me, Friday being at the end of the week!)  So here we go.

Sherrilyn Kenyon is one of the founding authors of the paranormal romance phenomenon, overcoming years of rejection to finally convince the Powers That Be in New York that vampires (and Greek gods and demons and so on) could make sexy heroes.  Her Dark Hunters PNR series is a huge bestseller with millions of fans.  If you’re one of them, you might already know that Kenyon began her career trying to sell SFR—only to fail dismally.
Now, with all the weight of her millions behind her, Kenyon has returned to SFR with her League series, every major volume of which, starting with Born of Ice, has landed her on the bestseller list. The series shares her tortured alpha heroes and initially vulnerable, but finally gutsy heroines with her PNR stories.  And, of course, her style is the same across both series.  So it is a natural transition for Kenyon’s PNR fans to make the move to her SFR work.

If you enjoyed the League series, you’re ready for something in the same vein.  Tortured (literally) heroes, heroines with issues and space adventure?  Try Marcella Burnard’s Enemy Within.  Political intrigue, more space adventure and more alpha heroes than you can shake a phaser at—Susan Grant’s Tales of the Borderlands series.

Suzanne Brockmann, popular for her kickass romantic suspense novels featuring U.S. Navy SEALS, surprised her long-time fans last year by publishing Born to Darkness, a science fiction suspense romance.  It combined the familiar elements of her SEALS and former SEALS series—alpha males, lots of action, hot sex and romantic tension, suspense—and put them in a dystopian, near-future setting.  Of course, it would be an easy jump for her fans to follow her to the new subgenre, and many did, putting Born to Darkness, the first of her Fighting Destiny series, on the bestseller list as always.
So, if you enjoyed Born to Darkness, what do you try while you wait for Suzanne to finish the next book in her series?  Well, Heather Massey wrote an entire article devoted to this subject a while back, which you can read here.  But just one calculation of many suggested if you’re looking for “near-future setting+combat scenes+Alpha hero+kick-butt heroine+hot sex=Nathalie Gray’s Agent Provocateur.”  And since I love me some Nathalie Gray, I’m fully on board with that recommendation.
Okay, so let’s play a little criss-cross.  If you love Gena Showalter and her Lords of the Underworld paranormal romance series, then you probably like Angela Knight and her Mageverse series.  Did you know both these PNR goddesses also wrote SFR?  So you’ll probably like Showalter’s Alien Huntress series, starting with Savor Me Slowly, and Knight’s Time Hunter series, Jane’s Warlord being the best known.
Showalter is darker than Knight, though, and her SFR is much darker.  For an equivalent among lesser-knowns, try Kim Knox’s Synthetic Dreams.  Susan Grant’s early stuff (Your Planet or Mine? for example) is closer to the Time Hunter series.
Criss-cross can be played by historical romance fans, too, thanks to that marvelous sub-sub-genre, steampunk romance.  Say you’re a fan of historical/adventure romance writer Zoe Archer and her Blades of the Rose or Nemesis Unlimited series set in Victorian England (and her empire).  If so, you may want to try Archer’s excellent steampunk romances set in an alternate universe in the Ether Chronicles.  Still loving Archer?  Go all the way into space with her 8th Wing military space adventure series.
Too much too soon?  Okay, Meljean Brook, known for her Guardian series of demon-oriented PNR novels has written some fantastic steampunk romances, the Iron Seas series, beginning with The Iron Duke.  These, also, are set in an alternate universe, but the historical-romance elements of costume and place will appeal to any fan of more traditional tales of the ton. Just imagine Mr. Darcy has been forced to replace his sword arm with a biomechanical simulacrum.  Poignant, is it not? 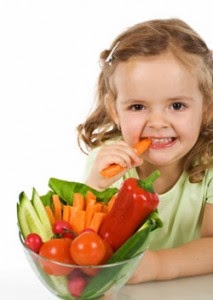 See?  It is possible to dip a toe into the flowing stream of SFR and find, indeed, the water’s just fine.  In fact, if you’re not careful, you’re just liable to be swept away to a whole new world.
Check out the recommendations others have made as bloggers around the SFR galaxy address this question throughout the week of October 20-25.  For more information, visit The Galaxy Express.