Codes are all around us: computer codes, genetic codes, zip codes, and bar codes. The military has codes, professionals have codes, even pirates have codes (though I hear they’re more like guidelines than actual rules.) 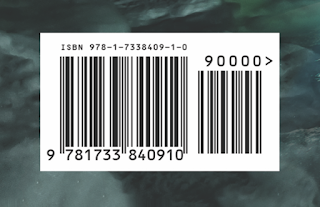 Our code of honor, code of ethics, and code of conduct makes up our conscience. It gives us a moral compass to guide our way though life. Right or wrong, we all have a philosophy by which we live. And so should the characters we read or write about.

We love stories with heroes with a strong moral code like Yoda (Star Wars), Mr. Myiagi (The Karate Kid), William Wallace (Braveheart). We also love stories with heroes whose moral codes rivals the rules of society. Who doesn’t love a wronged hero who takes matters into his own hands? He’s redeemable in our eyes as long as he is true to his own moral philosophy, and that moral philosophy doesn’t stray too far from our own beliefs.

Were you cheering for Dr. Richard Kimball (Harrison Ford) in The Fugitive? He was an escaped convict. How about Jennifer Gardner's character in Peppermint? She was a vigilante. What about Jack Colton (Michael Douglas) in Romancing the Stone? He was a "mondo dismo."

Even though these heroes weren’t always heroic, they had a clear code of conduct they believed in and followed. This glimpse into their psyche enabled the viewers to understand their actions, to justify them, and sympathize with the character.

In the first book of the Survival Race series, CAPTIVE, alpha gladiator Max was forced to kill for entertainment in the survival races. Ruthless in battle, Max saw himself as a beast. The only time he felt human was when at stud in the breeding box. This was because he kept to his code of never taking a female against her will. If he broke that code, he'd lose all humanity and be nothing more than an animal, just like his alien masters wanted. So when his fiery new mate refuses him, he has a choice to make. Keep to his code or be punished.

In FEARLESS (Survival Race book 2) the heroine--who is working toward becoming a full-fledged shaman--is sent to heal the warlord's heart in order to stop him from starting an unwinnable war with the advanced alien rulers. To do this, she must soul jump him, which means she must enter his body and heal his darkest fears and repair his soul. But she needs to touch him first. Kedric, the hero, avoids her touch at all costs. Frustrated, Myia decides to seduce him. However, her moral code doesn't allow her to use trickery or lies, so young and innocent Myia learns how to perform the mating dance for Kedric and tells him up front that she is seducing him. This way, if he touches her, there was no trickery involved and her moral compass stays intact. Her plan doesn't go quite as she expects.

The next time you read or write, take notice of what codes—if any—drive the book's characters.

Share in the comments section a character with a code you enjoyed reading about, writing about, or watching on screen.

Happy reading and stay safe out there!

~ K.M. Fawcett
Romance for the Rebel Heart
www.kmfawcett.com
Posted by KM Fawcett at 6:00 AM