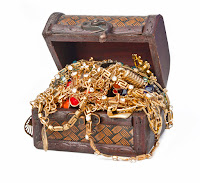 A decade ago in 2010, an eccentric Santa Fe millionaire named Forrest Fenn supposedly hid a treasure somewhere in the Rocky Mountains. Reports are that he packed a bronze chest with $1-2 million worth of gold and treasures. Just two of the types of items inside were described as a 2,000-year-old necklace with cast gold Jaguar claws and ancient jade carvings from China. Fenn said of these rare treasures, "You just want to cry when you see them."

Fenn, now 89, is a former air force fighter pilot who is now a retired art and antiquities dealer. After being diagnosed with cancer in 1988, the idea came to him to create a treasure--a bounty of loot, where at one point he even considered having his own bones added to the haul after he died. After recovery, the notion of a hidden treasure persisted in Fenn's mind and finally came to fruition about 22 years later when Fenn collected and hid his chest of amazing treasure in an undisclosed location.

But he did leave some clues as to where it could be found. He wrote and published an autobiographical memoir titled The Thrill of the Chase and in it, the last few pages contained a mysterious poem that read in part:


“Begin it where warm waters halt

And take it in the canyon down,

Not far, but too far to walk.

Put in below the home of Brown,”

Fenn had hoped his treasure hunt would inspire adventures and get people “off the couch” and into the great outdoors. And it certainly had that effect on many, when a vibrant “chase” community of Fenn treasure seekers took shape. There were stories of people quitting their jobs and emptying their bank accounts to join in the hunt. There may have been tens of thousands who went in search of the elusive treasure over the last decade. Fenn, himself, received death threats and had several break-in attempts at his house, as well as at least one lawsuit related to the treasure.

But that wasn't the worst of it.

Five deaths have resulted from the exhaustive search for the hidden treasure. This led to criticism of Fenn for endangering peoples' lives...and even claims he'd lied about the treasure’s very existence. The deaths occurred in several states including New Mexico, Colorado and Wyoming. Many treasure seekers scouted the general Santa Fe/northern New Mexico area because they reasoned that Fenn had hidden the chest in the mountains near his home.

Fenn's treasure hunt even drew criticism from the New Mexico state police chief after one body was retrieved from the Rio Grande River in 2017. Chief Pete Kassetas said: “I would implore him that he stop this nonsense.” Via ABC news, Fenner responded: “I want people to have fun, and I want people to be adventurous, but the reality is when you have $2 million or so, as it’s rumored to be, at stake, people make poor decisions.”

Later, Fenn provided a few additional clues to the whereabouts of the chest. He revealed the treasure site to a place with a lot of pine trees, and it was above 5,000 feet but below 10,200 feet, and not in proximity to a human trail. 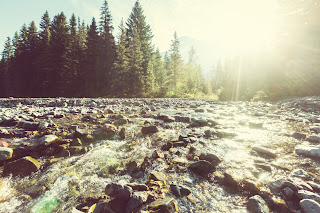 Finally, on June 7, 2020, Fenn advised the Santa Fe New Mexican newspaper that a man from the eastern US had recently discovered his treasure. According to Fenn’s website, it was located “under a canopy of stars in the lush, forested vegetation of the Rocky Mountains and had not moved from the spot where I hid it more than 10 years ago.”

Neither the name of the finder nor the location has been disclosed. Said Fenn via his website, “I do not know the person who found it, but the poem in my book led him to the precise spot." (According to some reports, that spot is rumored to be somewhere in the vicinity of the Grand Teton/Yellowstone National Park area. Where I was in 2018! *sob!* But other sources say it was discovered in Colorado.)

After the find was announced, Sacha Dent of Kansas, one of the dedicated treasure hunters said: “I’ve had every emotion under the sun. First it was shock and sadness, then on Monday a mix of happiness, relief and excitement. I’ve invested six years into this. Now it’s finally over. I am very happy for the person who found it.” Dent is reported to have made an estimated 300 trips to seek out the treasure.

Cynthis Meachum, another person on the hunt, said: “This has been a horrible ending to something that has been so extremely important in my life for eight years. It has affected me a lot more than I thought it ever would.” Meachum is believed to have made 200 trips and invested thousands of hours into her search.

Some still claim the entire treasure hunt was a hoax.

Linda Bilyeu, the ex-wife of one of the victims of the search, Randy Bilyeu, said: “I believe there never was any hidden treasure. Fenn is a corrupt man who seeks attention any which way he could achieve.”

Some question the discovery due to the absence of photos or any information about where the chest was located. Fenn has promised to provide further evidence in the days ahead.


A Different Sort of Treasure

Many books have a premise about seeking treasure. I took a bit of a different spin on that.

In my upcoming story, Juggernaut, one of the protagonists of the story, Lieutenant Commander Dekessa Garr, is in charge of security for a very unique and historic treasure found buried in an ancient lava tube.

But this is not the kind of find her superiors want announced, exposed or otherwise revealed to anyone outside the elite group of scientists or the security team entrusted with protecting Site D. The stakes are high and the implications of the find are staggering...in more ways than one, as it turns out.

It's Dek's responsibility to keep the site secure and the area patrolled. Who she never expects to be dealing with is an outsider named Telon--a mystery man who tests her patience and risks her mission. And this enigmatic stranger comes with a highly perceptive little bio-engineered beastie as a partner.

Are Telon and his sidekick about to blow open the secrets of Site D? Is someone setting Dek up to fail?

Juggernaut will release with Pets in Space 5 this fall. It will be the fifth book published to date in the Inherited Stars Series. Two earlier stories, SpyDog and Courting Disaster, are currently out of print but planned for re-release as standalone books later in 2020.

Have a great week...and may you always find the treasure you're seeking.