The Joy of Writing 'THE END' (even though it isn't) #amwriting

This weekend I had the very great pleasure and satisfaction of doing something I haven't done in a long time. I. Finished. Something. Only a 25K novella that I'd been sitting on for far too long, but I metaphorically wrote The End. *Sigh*

Why metaphorically? Well, I have never actually written (or typed) 'The End' on anything. Not once. Nope, never. I don't know if that makes me odd. But for me, the end is never THE END. In terms of the book itself, there are still weeks or months of editing ahead. Cover art to be discussed and chosen. In some cases blurbs and/or taglines agonised over, and always the credits. Then uploading to all the platforms. I no longer spend time or money on marketing because it never paid me back (and frankly now I'm working full-time I'd rather spend my spare minutes writing) so after release the whole production line has sort of ended. But there's always the next book to work on... 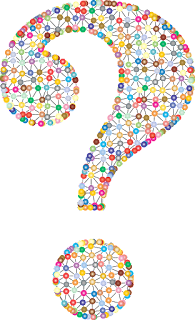 But in terms of the story itself - well, endings are definitely a big weakness of mine. After completing my 21st work, you'd think I'd have learned something about them. It'll definitely be...interesting...to see what my editor has to say about my latest. In my mind, every story is really a never-ending story (where sometimes even death isn't the end). Reunion at Kasha-Asor, a side story in my main series, is an example of that. It follows on directly from the end of book one. It started out as just a tough sketch of how my two main characters lived for the year between books one and two, but once it reached a certain point it seemed too much a waste to leave as just notes. 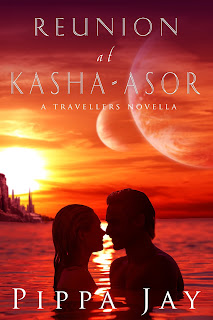 My current title was born in a similar way. There's an even bigger time gap between books two and three so again this novella started out as a 'but what happened next?' background. But when my editor did a story analysis on book three, she wasn't happy. She wanted that missing book.
So now it finally is one.

Book Update
Redemption 2.5 is now officially with my editor!

Chook Update
Sadly I lost my newest girl - Wanda - just over two weeks ago. I have no idea why. She'd been a bit quiet the day before but I'd checked her over and not found anything obvious. She ate, she drank, even laid an egg, but went to bed early. The next morning I found she'd passed away in the night. It's always heartbreaking to lose one of my girls, added to the shock of it being so sudden, but unfortunately they do hide symptoms and if I hadn't have been in lockdown I might not even have noticed her being quiet. I look at sudden deaths as at least they didn't suffer long, and it was unlikely that anything could have been done for her in this instance. 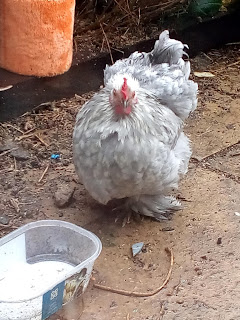 However, on a brighter note one of my more elderly girls, having been poorly for a few days without any specific signs, perked up after some tlc and time in the Henfirmary. Kairu is a grand old girl of seven and a fox attack survivor, who was still laying up until her mystery illness.
And the rest of the girls are doing fine, but thoroughly spoilt having been allowed to free-range almost nonstop for over two months with us home. There's going to be a lot of squawking when that ends...

Kitten Update
Not quite true. As of yesterday our kittens are now officially adults (though I think they missed the memo).
The Here and Now
Today I'm attending an online meeting to discuss going back to work. Support staff have been asked to do one day a week. Frankly I'm scared. I've never been a conspiracy theorist, but right now I really do feel like my government wants to kill me and mine, or at the very least doesn't care if we die. I will go back if told to, taking every precaution, but I will not be sending my own kids to school. I'm lucky. I have choices. So many don't.
Last night my daughter was very distressed by the happenings in the US - I am too, but I'm already so angry and upset by events here that it seems too much to take it all in without feeling completely helpless and overwhelmed. She doesn't understand how anyone can be racist, see any other human as lesser than another (a feeling we currently share as our government treats the public here with contempt), but more how even someone racist could deliberately kill, or at the very least have no respect or regard for the life of another person. To not care that your actions are harming another person. There's a protest being held next weekend in our home town for BLM and we're torn on attending. But with COVID-19 still a high risk no matter how our government tries to gaslight us, I just can't justify going. My husband has health issues and my youngest has asthma. My government won't protect them so I have to do my best to do so. My heart hurts for the world. How do we come back from this? Do we even deserve to? I don't know. All I can do is the little things and hope that eventually all the little things we all do will add up to fix the bigger things.
May the odds be ever in your favour...