In the past few years, I have really struggled to read. Up until my 30s, I was a voracious reader - as a kid, I would read pretty much anything and everything, even my mum's Mills and Boon or my dad's Ian Fleming and Alexander Kent books, when everything of my own had run out. It was in my teens that my preferences fell into the scifi and fantasy genres predominantly, and later a definite leaning to SFR (though at the time I didn't even know it was called that). 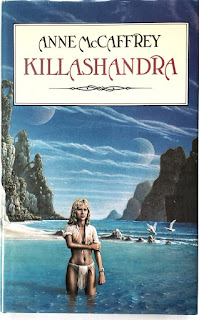 In my 30s parenthood made it difficult to find time to read. I'm not a person who likes to be pulled out of a book once I'm in - I'm more a 'devour in one sitting' than a 'chapter a day' kind of reader - so having children meant I'd rarely get through a story. I'm not sure if it was the constant disturbances that broke my ability to stick with a book, or just that real life was a lot more demanding. Whatever, as the years went by, even when I got time to devote to a book I found it increasingly hard to settle to one. Publishing didn't help because it meant I started to analyse even old favourites with a much more critical eye, unable to switch off editing mode even when not in the middle of edits of my own. I became increasingly picky, only liking a very specific area of SFR. Finding new ones became harder as authors either ignorantly or wilfully mis-classified their books' genre on Amazon, and Amazon's own insistence on stuffing sponsored posts into searches, making it too hard a slog. When I did have a hankering to read, I went back to old favourites rather than risk anything new despite the dozens of free reads sitting untouched on my Kindle. 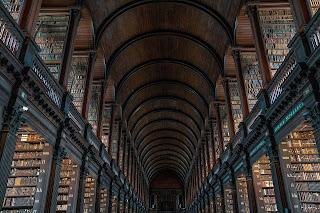 So reading a brand new book is a rare occurrence. But this book I've chosen to review today is different. In the normal scheme of things, I probably wouldn't have picked it up myself. I'm not really into Earth setting conspiracy theories, and the cover wouldn't have caught my eye. It was bought for me as a Christmas present.

SETI radio astronomer Dr. Stephen Browning wakes disoriented and confused in a dingy gas station bathroom. He stumbles home trying to put the pieces of his night back together, only to learn that new tenants have been living in his apartment for over a month. They can offer no explanation, only a letter, written in his own handwriting with three simple words:
Shave your head.
Desperate to understand what is happening, Browning follows the instructions and is shocked to discover a string of numbers concealed beneath his hair--a series of coordinates tattooed upon the side of his head--coordinates which lead him to the Allen Telescope Array, where he becomes the unwitting recipient of a mysterious signal originating six light years away.
His world slowly unraveling, Browning sets out on an epic journey to decipher the meaning of the cryptic transmission, quickly finding that he is merely a helpless pawn in a much bigger game.
He soon learns that the secret transmission holds not only a message from the far reaches of the galaxy but a dire warning from the future.
Little does Browning know that unless he can protect the transmission from falling into the wrong hands, not only will the warning come to pass but a far greater threat awaits mankind.

Review:
I'm going to straight up admit to some instant bias here, because this isn't just a book. This is the origin story for my favourite band, and as such that made it really difficult to review as a normal book. If I was reviewing it as an actual stand-alone story, I'd say this was in need of an edit to tighten it up, or at least a proof-reader to fix the most obvious errors in spelling, grammar, punctuation, and formatting. The story can feel somewhat disjointed as it's presented as a collection of an individual's account mostly but interspersed with journals, security reports, observed data, and intelligence files. It also has a rather jarring switch of perspectives right at the end as it changes from the main character we've followed throughout to a secondary character. As conspiracy theory stories go, this still manages to spring a few surprises and twists, while running along believable lines of a huge cover-up. It follows the creation of the Starset Society (the 'authors' of the book), who have now turned to music to spread the message at the heart of the story - a transmission from the future warning of a disaster ahead for humanity. If you're familiar with the band's songs, it ties in quite seamlessly with their concerts, or demonstrations as they prefer to call them. Warning - if you're off to a demonstration and haven't read the book, please be aware there are spoilers during their performances, something I sadly wasn't expecting before seeing them live in February. That's what I get for not reading it when I got it, lol. It's another nice touch though, which adds to the book and the music.
Although the style of writing is a little dry and a touch emotionless (one reason I switched from straight SF to SFR which tends to have more emotional impact for me), there's a lyrical edge to it. One minute the author has written a somewhat sexist description of the female lead, the next he's describing a kiss like he's writing the lyrics to one of their songs. And despite this not being my typical type of book. I got really attached to the main character and his computer hacker female partner. The twist at the end was shocker and I think was a bit like getting to the end of a book and being told it was all a dream (but not exactly that because I'm trying to keep this spoiler free).

In conclusions:
Normally I wouldn't have even picked this type of book up, but despite the need for at least proof-reading and not being my typical thing, it definitely had something because I'm still thinking about this book and the characters weeks after finishing it. I'd love a sequel but I guess really that's their music. Overall, I enjoyed this book and happy I stuck with it because really I needed something different and this was certainly that. Would I recommend it? Yes, I think I would, but if you aren't a fan of their music it may lose some of its meaning taken just as a book alone. And that at least gives it a unique feature.