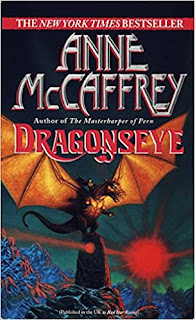 Science Fiction tends to be in the same section as Fantasy in most book stores, hence SFF. Sometimes that's not a bad thing. Anne McCaffrey's dragon books come to mind. Many people (most) would assume that a book about telepathic dragons would have to be fantasy. In fact a lot of people still don't believe the Pern books are SF, despite the fact that the dragons are genetically engineered from a species found on the planet Pern, and the inhabitants are humans escaping a war. I guess that's an in-built perception. Dragons = fantasy.

As I mentioned last week, science fiction can accommodate a lot of paranormal or fantasy elements, even magic – as long as the magic has at least a pseudo-scientific explanation. Probably the best-known example is Star Wars. Let's face it, Jedi are magic users, even if they call the power The Force. Then there are shifters – beings who can assume the appearance of an animal. On Earth, we call them werewolves or similar. Out there amongst the stars, they're aliens.

It's hardly surprising that quite a few authors have combined science fiction and paranormal elements into one story. And there's no doubt they're popular.

But I'm a boring old fuddy-duddy. I prefer my science fiction to be science. Yeah, yeah. I'm a Star Wars fan. That's an exception.

But then again, is it? 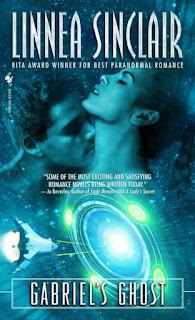 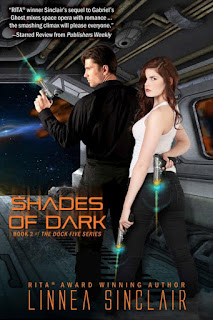 I'm in a re-reading phase at the moment, working my way through Linnea Sinclair's SF stories. I'd read Gabriel's Ghost and Shades of Dark (the two books are essential the same story) before but I'd never read them a second time. Part of the reason was because they are that mix of SF and paranormal. I also didn't like the opening scene in Gabriel's Ghost where Chaz kills a Takan guard. This time, though, I knew who Chaz was and the circumstances she was in from my first reading of the book so I found it much easier to get into the story. A true space opera, the plot is full of politics. There's an Empire, a powerful Imperial fleet, and several species of aliens. I loved the machinations and intrigue. That's just my sort of thing and had me turning the pages.

The paranormal element is just as important. The books are written in first person from Chaz's point of view. Although it's not my favourite style, I think it was the right choice. It's a very sensual book, chronicling the slow burn of the relationship between Sully and Chaz as she peels off layer after layer to find out more and more of what Sully is – and the ever-present darkness lurking in the wings. It's called Shades of Dark for a reason.

I have to say that just like in my first read, my own book-boyfriend from this story wasn't Sully, it was Chaz's first husband, Philip Guthrie. (They're divorced) I gather I wasn't the only one. Admiral Guthrie got his own book, the next in the series.

Would I read these two books again? Most certainly. There are levels of complexity in there which can be teased out in subsequent reads. I love that. But most important for me was the political saga, as the failing Empire begins to collapse.

Do you have any favourite SF/Paranormal mashups? Please share.