This summer the SFR Station is celebrating Science Fiction Romance.

For my blog today, I'm highlighting just a few of the books that are featured on the site.

My theme this week?


Covers that Catch the Eye; Blurbs that Capture the Imagination

I chose books with artwork and descriptions that suggests adventure, intrigue, depth and complexity, whether a space opera adventure or a struggle for survival on an alien planet.

The first was a 2019 SFR Galaxy Awards winner (the last year the awards were presented). 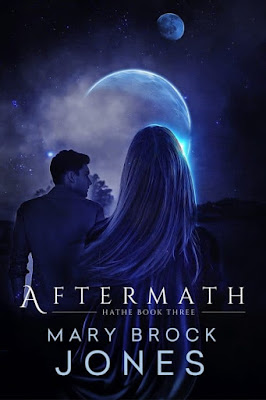 War or Peace. It doesn’t matter. There is always an enemy.

Jacquel des Trurains of the planet Hathe knows all about enemies. He’s spent years as a resistance agent battling the Terran invaders of his home world. Now the war is over, but Hathe has been left divided and hurting. Years of oppression have left their mark on every dirtsider who stayed behind. The other Hathians who fled to the moon have now returned to their lost homes, but the greed of a few threatens all of Hathe. Someone has to fix it, and who better than a decorated leader of the Resistance. Jacquel is sent back into battle, but this time it’s to restore his home world. Then Jacquel’s bosses decide he needs help.

A gifted diplomat, Rheia asn Postrova spent the war off-world, playing twisted games to protect the secrets of Hathe. Talk, promise, beg; whatever it took to stop the other worlds betraying Hathe’s schemes to the Terrans. She’s paid her dues to Hathe. All she wants now is to hide in peace. Unfortunately, her boss has other ideas.

Together, Jacquel and Rheia must find a way to heal their home. But Jacquel has lost too many already. Can he risk losing—or loving—one more?

And Rheia has secrets of her own. 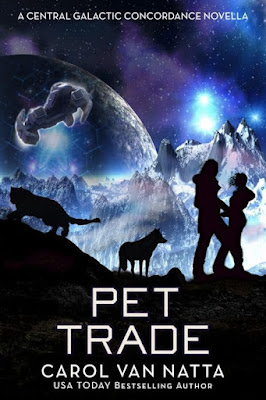 An injured veterinarian and a cyborg with unusual pets must join forces to save their town.

The vast Central Galactic Concordance strictly prohibits genetic experimentation and alteration of humans on any of its 500 member planets. Animals aren’t so lucky.

On a frontier planet, veterinarian Bethnee Bakonin made a home for herself in the frozen north. Her minder talent for healing all kinds of animals would ordinarily assure her success, but her unwilling stint in the shady pet trade industry left her damaged and scared. She works around her limitations as best she can, and rescues pet trade castoffs.

“Volunteered” for a black-box research project, elite forces Jumper Axur Tragon now has dangerous experimental tech in his cybernetic limbs. He escaped and crash-landed a stolen freighter in the northern mountains of a frontier planet, only to discover a secret shipment of designer pets was part of the cargo. Determined to do right by them, he enlists reluctant Bethnee’s aid in caring for them—a definite challenge, considering Bethnee is terrified of him.

When greedy mercenaries come raiding, can Axur and Bethnee work together to overcome their limitations, with help from their unusual pets, and save the day?

It’s a deadly adventure—with pets—in the fringes of space. Grab your copy of Pet Trade today!

Find Pet Trade and other books in the series on the SFR Station by clicking here. 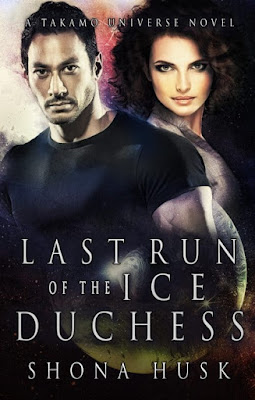 Bern Ober is on a discrete mission to the Evron starsystem of the breakaway Distan Colonies to gain support for a band of revolutionaries in the Terran Republic. It is a dangerous mission, but he is a dangerous man.

When Terran operatives capture him, Lady Fortini hires a reluctant smuggler and her starship, the Ice Duchess, to run the Terran blockade and collect him.

Captain Veronik Ayres and her intrepid crew must risk everything to run a gauntlet of warships to rescue the rebel spy. However, getting in is easier than getting out. To get back, the Ice Duchess must slip past the alerted Terran blockade ships or try their luck against the pirate corsairs of the Lotharian stellar coast.


Find Last Run of the Ice Duchess and other books in the series on the SFR Station. 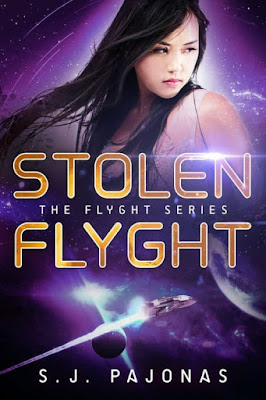 One last mission to secure her birthright. A frozen world and a sinister conspiracy that may cost her land… and her life.

Vivian will do whatever it takes to finally be victorious in the battle for her family farm. So when her benefactor insists she infiltrate a hostile military base on a treacherous ice planet, she has no choice but to agree. But when two of her crew are apprehended during the operation, her focus shifts to desperate survival.

Outmanned and pinned behind enemy lines, Vivian’s options for escape dwindle. But everything she believes in turns on its head when she makes a shocking discovery in the base’s top-secret lab.

Can Vivian and her team evade a deadly trap to win back her legacy?

Find Stolen Flygt and other books in the series on the SFR Station. 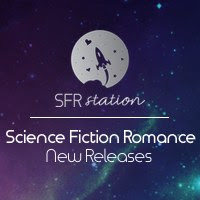 If you're looking for a great summer SFR read, be sure to check out these books and all the offerings on the SFR Station, where you can browse by author, sub-genre, pairing type, and even use the advanced search feature to narrow your scope.