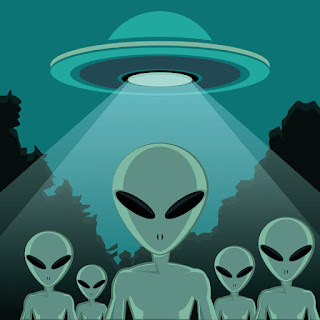 All over the world people are mourning the death of Britain's Queen Elizabeth II. Her legacy will live on in the history books, a most remarkable woman. I wish King Charles III and his beloved wife Camilla all the very best in these dangerous times.

But I want to talk about another death, less well known but of great importance to writers of science fiction of any stripe. Frank Drake died, aged 92, on 2nd September.

Back in 1950 the great physicist Enrico Fermi posed the question that has troubled human minds ever since. "Where is everybody?" Is Earth the only planet that supports life? Are we alone in the Universe? And if there are other planets that support life, do any of them include technologically advanced civilizations? And if so, why haven't they called?

At that time we had no way to begin to address that question which has become known as the Fermi Paradox. Frank Drake changed all that. He was the first person to begin searching for signals of technologically advanced alien life and pioneered the Search for Extraterrestrial Intelligence (SETI).

He is best known for coming up with an equation to at least estimate how many advanced societies might be out there in the Big Black. It goes like this.

N = the number of civilizations in our galaxy with which communication might be possible (i.e. which are on our current past light cone (which means we could have seen them);

R∗ = the average rate of star formation in our Galaxy

fp = the fraction of those stars that have planets

All of these values are guesstimates. We have no way of coming to an accurate value for any of them but it was a first attempt to come up with a mathematical deduction. In 1961 Drake and his colleagues came up with these values.

Inserting the above minimum numbers into the equation gives a minimum N of 20. Inserting the maximum numbers gives a maximum of 50,000,000. Drake states that given the uncertainties, the original meeting concluded that N ≈ L, and there were probably between 1000 and 100,000,000 planets with civilizations in the Milky Way Galaxy. [source]

These days scientists are searching for life in other ways. On Mars the hunt is on for signs of past life forms. We can assign probabilities of life based on types of suns with planetary systems. The James Webb telescope is able to collect data from the atmospheres of distant exoplanets so we can find worlds with water or other biological signatures, such as seasonal changes. And there's SETI, still collecting data from extra-terrestrial sources in the hope of finding attempts at communication.

I'd say anybody who writes science fiction romance assumes that there's complex, technologically advanced life out there, much of it surprisingly humanoid, judging by the amount of human/alien mating. The scientific justification for that assumption owes a great deal to Frank Drake. May he rest in peace.