Once Upon a Space Station

A Glimpse into the Backstory of The Inherited Stars Series

If you've seen the covers of my novelette, Farewell Andromeda, and The Network, which is Part II of the serialized version of the novel Inherit the Stars, you might have noticed something.

The covers seem to share a nearly identical image of some major space hardware. 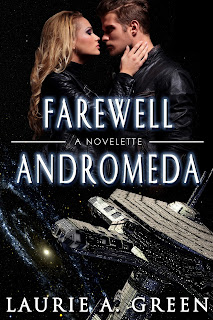 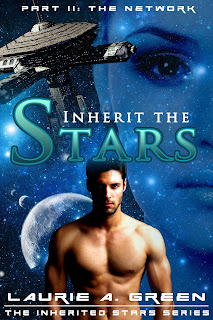 Say hello to Andromeda Station--an astronomy and science outpost at the very edge of the Milky Way Galaxy--and MONA Loa spaceport--a remote, covert operations base. The reason the two stations look identical is because they are, in fact, the same space station--distanced in time by two centuries.

The oddly named MONA Loa is actually a compound name. It represents both the production name given the station by its designer, Zaviar Mennelsohn, a man obsessed with the supernatural, who named all of his creations after paranormal phenomenon. For example, his earlier designs carried names like Banshee, Djinn and Firebird, and more recent productions have names you may already be familiar with--Phantom, Specter and Spirit. In Voodoo mysticism, a "loa" is a spirit who is an intermediary between humanity and a greater power. The MONA acronym was later added by Mennelsohn's son, standing for Mobile Operations for Network Activities.

Though MONA Loa is abandoned after the events described as "Operation Reset" in Inherit the Stars, it is accidently rediscovered (a future story in itself!) and later repurposed as Andromeda Station.

Because one does not simply let a magnificent cast-off space station float idly in the void forever.

The defunct MONA Loa is reclaimed by an investment consortium who intends to make a tidy profit off the legendary spaceport. It is equipped with several high-powered telescopes, other essential astronomy equipment and a state-of-the-art science lab, all housed in the upper hexagonal portion of the structure and available for lease by individuals with hefty grants, governments or major corporations.

The lower portions of the station which once served as quarters and living areas for Network residents now provides hotels, staff housing, restaurants, and entertainment venues for adventurous extreme tourists who seek an exciting vacation destination at the edge of the galaxy.

The docking arms once used to deploy and receive supply ships and covert forces now welcome specialized deep space charter ships designed to cross the vast expanses with an unique drive system developed during the Network heydays. (Another Mennelsohn invention.)

But Andromeda Station has a secret.

Part of the structure's legacy from the former MONA Loa station is a data library that was left secreted away in the memory of its primary central processor--a forgotten history that spans nearly 14,000 years.

A past patiently waiting to be rediscovered.

The year is 3500 AD—more or less. No one really keeps track anymore. Since the fall of peacekeeper planet, LaGuardia, two centuries before, much has been lost. Few remember that LaGuardia was once known as Draxis. Fewer still have knowledge that Draxis once guarded a spatial vortex—a crossrip in time and space—and passageway to a legendary world called Earth where the human species originated. Somewhere, hidden in a forgotten archive, lie the secrets of all that came before and the chronicles of the men and women who helped forge a future in the stars.
__________________________________________________
Have a great week!
~~~*~~~