Rosetta, a European deep space probe on a flyby of an Asteroid 2867 located millions of miles from earth between the orbits of Mars and Jupiter, incurred a sudden and unexpected shutdown of its high resolution camera just before making its closest pass. To quote the European Space Agency mission manager, Gerhard Schwehm, "The software switched off automatically."

Hence, my recommendation for the theme music above. Is this strange, or what? It does seem wildly coincidental, don't you think. Do the stars have eyes? Or ears?
Don't mind me. I'm just allowing my Paranormal Muse to surface this morning and exert its influence in pondering this strange bit of news. Now, if I flip the channel over to my Science Fiction Muse, it realigns my thinking to consider something else (i.e., something non-unknown intelligence) could have occured such as unexpected emisions from the asteroid, or unaccounted for gravitational or magnetic influences on sensitive equipment. My Muses and I have such interesting discussions.
Oh, and for the record, the flyby was captured on Rosetta's wide-angle camera as it passed within 500 miles of 2867. And that camera was able to capture images and send them to the control center. Lacking the detail, mind you, but at least it got some photos for the scrapbook.
Paranormal Muse: You see! There's something there we're not being allowed to see.
Science Fiction Muse (in annoyed voice): Yeah, yeah. And the moon is made of cheese buried under forty feet of dust and little green men live on Mars.
Paranormal Muse: Well, now that you mention it...there have been quite a few strange incidences involving Mars probes, too.
Laurie: Time out! Let's turn our focus back to writing, shall we? * cracks whip *
Science Fiction Muse (being dragged out the hatch by its boss): But, but, this is fascinating stuff! Did you know scientist Rita Shultz said 'Asteroids are a sort of memory, or the DNA of the solar system.'
Paranormal Muse (helping Laurie pry the Sci-Fi Muse's fingers off the exit): That's not as interesting as what Schwehm said. 'Dead rocks can say a lot.' See? Dead. A ghost asteroid. Oh, yes, maybe with powers to affect probes. Or possess them!
Science Fiction Muse: There you go again, off on some Fantasy tangent. Just the facts, ma'am.
Laurie (* clears throat *): Excuse us while we take this outside, won't you? Oh, and for those readers...and their muses...who'd like to know more about the Rosetta Probe incident, you can read about it by clicking the link below. * cracks whip again * OK, staff, let's get to work! The weekend's a-wastin'.
http://news.aol.com/article/camera-fails-during-asteroid-flyby/161886?icid=200100397x1208661500x1200496204 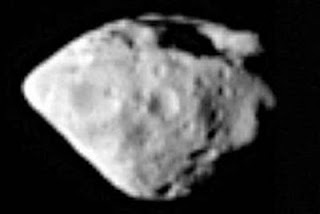