Finding a Foxhole and Soldiering On #amwriting

Last week was one of the most turbulent weeks the writing industry -- and in particular the Romance genre -- has ever seen. So much going on, and most of it upsetting or depressing.

Let me just recap the highlights. Or should that be the lowlights? :/

I won't go into this in detail because that's been done. And done. And done. If you somehow managed to miss the uproar (lucky you), you can read my previous commentary over the last two weeks:

Mind Your Ps and Qs (and other letters)

Although being challenged, it has inspired many other authors and even publishers to jump on the trademarking bandwagon. If this trend continues, or in the extreme off chance some of these trademarks are upheld, it could truly bury the industry in a swarm of trademark claims and lawsuits that would deeply--and possibly irreparably--impact authors, their brands, books and careers.

Let's hope, as some of the legal types have asserted, that this rooster doesn't have a leg to stand on and trademarking rampage will get sane again very, very soon.

Again, this doesn't affect me--I was asked to write for Kindle World, but couldn't find a way to tie it to my series--but it does affect many of my peers. Kindle World was apparently a failed experiment. Only books currently in process will be published, and no one is quite sure if the backlist will remain available or be un-published as part of the Kindle World shutdown. This impacts a lot of authors and that concerns me, even though it has no direct impact to me, personally.

At the annual Booklovers Convention, one of the largest gatherings of authors and writers, it was announced that RT--Romantic Times--is closing its doors. This will be the last RT Booklovers Convention. Reviews will be archived for a year and then deleted. Although a Booklovers Convention (minus the RT) is in the works for next year, it will be a multi-genre affair going forward, which will really change the landscape of the event. It's another sign that the Romance genre is changing very rapidly, though for better or worse, we can't be sure. (See #5 below.)

I'm not in KU, but the things some of my fellow authors are reporting are downright scary. Actions taken against them with no warning or evidence provided, and canned responses when they try to seek resolution. Page read statuses being cut in half overnight with no explanation given. If true, this is affecting income and in worst case scenarios, accounts are being closed with no recourse by the author, for perceived violations they weren't involved with and for which the Zon provides no proof or remedy. Yet the clickfarms and scammers continue to run amok. There's speculation this may be the fault of bad algorithms or monitoring practices, but whatever the reason, if it's happening, it needs to be addressed. And it needs to stop.

There's a lot of conjecture on this trend. Some are seeing it the doom of the Romance genre, the demise of RWA, and a future slump in the most read genre on the planet. Others are seeing it as a chance for independent authors to step up to the plate and take charge of a market that was once dominated and dictated by the Big Five Publishers (is it still the Big Five or are those numbers falling now too?) They see it as a chance for authors to tell the kinds of stories they've always wanted to tell--stories told from their hearts and not tailored to the current market trends. What do I think? I think time will tell, but it is going to bring about a lot of change and a lot of uncertainty  about where we'll all be when the dust settles.

This hurts. As a three-time finalist, the GH Awards involved some of the best experiences of my writing life, and many of the highlights of my last decade. And RWA wants to do away with it because they've deemed it "unprofitable" and of declining interest or importance to unpublished authors. Well, yes, that tends to happen when you cut categories, split it off from the RITA Awards as a red-headed stepchild and demote it to "luncheon" status. No more grand celebration where the next generation of aspiring authors seek out that perfect dress, enjoy special perks, the honor of wearing that "Golden Heart Finalist" badge ribbon and enjoying the status for the entire conference, rubbing elbows with some of the legends in bookdom, and preparing with giddy anticipation for that moment in the spotlight should your name be the one that's called. And that's after seeing yourself and your title up on those enormous jumbotrons. Don't do it, RWA! There are some intangible pluses that just can't be duplicated in our industry. Don't let it fade away...bring it back in all it's glory.

These requirements go into effect on May 25th and while it applies mainly to the EU, it also affects every author who interacts with individuals in the EU. Like, um, everyone. End result? Many are in panic mode. I've spent scores of hours trying to bring newsletters, blogs, websites and other interactive "data collecting" machines into compliance. I've already invested time and effort in researching what I need to do and then implementing advice that is often contradictory and not well explained. Summary: It's been a freaking nightmare and the night isn't over yet.


Holy cow! Troubled times indeed. What's a writer to do? 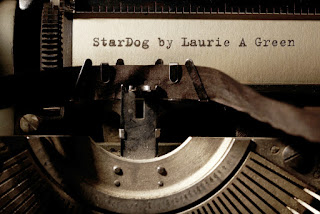 Well, for this author, the answer is to find a foxhole, hunker down, and write! (Hey. Just like I did back in the good old days.)

Some say don't consider hard times a setback, consider them an opportunity. I see the truth in that. This presents a chance for me to get off the hamster wheel and back away from spending so much time doing things that aren't beneficial to my career, such as valuable time wasted on social media, reading emails, and participating in promotions that can't boost books that aren't yet for sale.

It also means I need to cut down my blogging time going forward, too. For the next few weeks (or possibly even months), I'm going to be posting excerpts or blogs centered on what I'm working on and spend a lot less time on commentary, observations, opinions ,and trends.

I'll just be over here, working on my next books while passing through this current megastorm.

Be back with an excerpt next Monday.