Geek Day, Inspiration, and support for a great cause 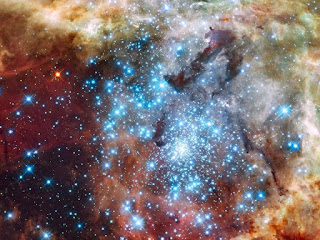 I'll admit it. I get quite nostalgic when a new Star Wars story comes out. It was Geek Day just the other day – 25th May, the anniversary of the first release of the movie forty-one(!) years ago. Who could have imagined back then what a juggernaut the franchise would become?

I thoroughly enjoyed the film (back then simply called Star Wars – A New Hope was added later) but when I saw The Empire Strikes Back I was smitten, lost in starry-eyed WOW. I've been a fan ever since. In fact, one of my earlier forays into writing was Star Wars fan fic.

Several years ago, I was at a loose end for plot ideas. But I had listened to the mantra that thou shalt not throw away what thou hast written, so I rummaged around in the archives and fished out a fan fic I'd thought was pretty darn good back then. My initial thoughts? After I'd stopped cringing? The execution was dreadful, but the bones of the story were there. I wrote a blog about it. Of course, any references to Star Wars characters, ships, planets etc etc would have to be replaced with something else. I expanded the plot, created my own Empire (maybe not Galactic, but pretty big), invented my own characters, and my own aliens.

About that time, I was contacted by some people wanting to set up a kind of writers' sandpit, a place where we could use each other's' universe and characters 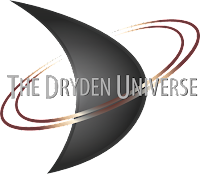 The Dryden Universe is a science fiction universe available under the Creative Commons BY-SA 4.0 license for use by authors, artists, and other creatives. This story is part of the Belle Epoque section of the timeline. find out more about the Dryden Universe and its timeline at its website Dryden Experiment

There's plenty of room in Dryden for pretty much anything, really. I had a look through the NASA images of star clusters and decided upon the open cluster M24 in Sagittarius for my Empire, around 20k years in the future. I chose a star cluster because I wanted an area where the star systems are quite close together and yet the stars are old enough to have evolved intelligent life.

I had a story and I had a setting. That was enough for me to (re)write my first Dryden story, A Matter of Trust.

I still had a lot to do, though. I needed to identify my alien species and their history, as well as flesh out my Empire. Ah, but I had a whole new series to work on that. You can find all the books here.

On another topic, I watched the movie about Stephen Hawking's life the other day. It's not my usual sort of movie, with no action and not a single shoot 'em up, but it's fascinating for all that. Stephen Hawking was diagnosed with Lou Gehrig's disease (ALS) at the age of 21. He was given 6 years to live. He died recently, aged 76, recognised as one of the most brilliant minds of the era. What's wonderful about this movie is how Eddie Redmayne,  the actor who played the part of Hawking, portrayed the manifestation of the disease and its effects not just on the sufferer, but on those closest to him. Redmayne receive a best actor oscar for his efforts.

If you've no concept of the disease, take a look at the movie The Theory of Everything.

And on that note, today is the last day of theSky's the Limit promotion in support of research to find a cure for ALS. 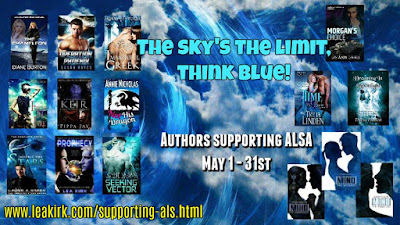 Looking for Blue skies and smooth sailing to cure ALS

The skies are Blue,
Our books are too.
​We're fighting ALS
with some help from YOU! ​

From May 1-31, 2018 these authors will donate a minimum of 25% of their sales of these books to the ALS Association, an organization dedicated to providing ALS patients and their families with a multitude of different types of assistance, and continuing research to find a cure for this deadly disease. See all the books here: http://www.leakirk.com/supporting-als.html

Please help us if you can. Every dollar will make a difference.