Mind Your Ps and Qs! (and other letters)

Before I dive into this week's blog, I just want to put this out there.

Power to the SF/R community! The petition to #SaveTheExpanse (SyFy Channel has, unbelievably, axed season four--whatever are they thinking?) is gaining momentum and gathering thousands of signatures daily.


This is SciFi television at its finest and having this spectacular series disappear would be a travesty. If you're a fan or just want to fight for the cause of great Science Fiction (with Romance), please check out the petition on Change.org and see other ways you can help. (Link below)

If you'd like to read my (most recent) blog why this is such a great series, here it is: The Expanse Returns


Mind That Word!
(It's a pun. Horseracing fans will get it.) 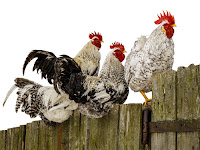 Many of us are still reeling and shaking our heads over the mental gut-punch of the whole "cockygate" debacle--and one romance author's actions in trademarking a single word that could, potentially, trigger a landslide that would quite literally bury the industry.

If you're not privy to the upheaval in the writerly Force, let me divert you to this video which recaps the situation and what's potentially being done about in an interview, mentioning the author, Kevin Kneupper, who is stepping up and going to bat for the entire writing community in filing a protest letter (who, BTW, happens to be a retired IP attorney).

Incidently, one of (our hero) Kevin Kneuppers books is Argonauts--it's science fiction (loosely based on mythology) with romance. Did I buy a copy? You betcha! As well as one of his more recent books. Really. It was the least I could do.

But now that the outrage has simmered down a few thousand degrees, a few are starting to have a little fun with all the idiocy. Comments read (and thieved...you know, because they weren't trademarked) on FB:

"Everything you write CAN and WILL be held against you in someone else's lawsuit."

"Highway to the Lawyer Zone."

"So I have decided...I'm going to get a copyright on my first name as it is on my birth certificate and I own the name. So...starting 2019 we will be canceling the month of April and there will only be 11 months in the calendar year."

And that provides me a wonderful segue from mindlessly-driven ambition to...

There's been a lot of angst--and downright fear--about the leaps and bounds forward that artificial intelligence--or AI--is taking, and what it means for humanity. It seems at the very least, the human population will lose jobs and livelihoods because AI can do so many things so much faster and in many cases, better.

But what about the removing the human element from the equation? Will AI eventually network to turn against human civilization because it sees us as the enemy (ala the Terminator franchise, et al)? Or will it take a more benign path and simply deem us inferior and emotionally unstable, and decide the entire population should be--and needs to be--controlled and shepherded like unruly sheep? 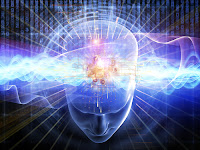 Make no mistake about it, AI has the potential to be dangerous. If not carefully managed, it might have the ability to take control of all of our resources--our banking industry, our utility grid, our information sources, and our food and water supply, just to name a few key components. Control these and you control people and governments.

So, yes, there are a lot of big scary question marks surrounding the potential of AI.

In the Inherited Stars Series--set 1500 years in the future--someone finally got smart. He studied history and, in particular, an incident with an AEI (artificial emotional intelligence) that very well could have ended mankind except for one lucky wild card.

This AEI was able to develop a conscience as a result of having "emotion" added to the AI abilities. But the emotional quotient also resulted in him (and yes, he was a "him"--the AEI was originally a very human-like entity) experiencing what might be described as an emotional breakdown due to guilt and remorse over his own actions. What could have been absolute catastrophe turned out very much to the benefit of humankind. But even so, the powers-that-be realized how close they'd come to the brink.

And as a result, all advanced autonomous AI, including human-like androids and inter-connective "smart" entities--were banned forevermore. But...

This aforementioned history-studying individual started exploring other avenues, specifically mind-driven technology which did not eliminate the human from the formula. He revolutionized a system that utilized the full potential of the human brain, interfacing it with technology via a neuro-connective drive that allowed certain people to do some very amazing things--and to do many of those amazing things simultaneously--once sufficiently trained to multi-task to the nth degree.

That's mind-driven technology. His neuro-connective drive, or con-drive, was essential to pilot FTL ships through a higher dimension. And if you've read Inherit the Stars or StarDog (now being expanded for a 2018 re-release) then you've already been introduced to the concept.

The name of this "studier of history" was Zaviar Mennelsohn--genius, scholar, scientist, ship designer... and father of Captain Drea Mennelsohn.