MEET CHARLIE, HEROINE OF NOT FADE AWAY

Heroines come in all shapes, sizes and degrees of kickassery. Some just leap off the page into your face, like the come-in- stunners-blasting, pint-sized-but-all-the-way-badass Rayna Carver of Fools Rush In, the third novel in my Interstellar Rescue series. 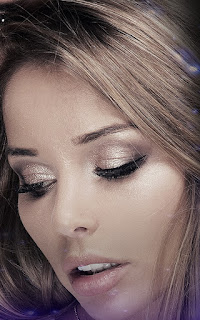 Others, like Charlie McIntyre, the heroine of Not Fade Away, Interstellar Rescue Book 4, exert a more subtle charm. In the end, they display a quieter form of courage. Charlie is a home care nurse in a small mountain town when she is hired to care for an elderly, wheelchair-bound man suffering from dementia. Her client, Del, is a stranger in town, with only his son to care for him, and from the beginning, his case raises questions.

Del isn’t like most of her patients. Oh, he has many of the symptoms she’s familiar with, but he has freakish otherworldly hallucinations that seem almost like memories of another time and place—one that couldn’t possibly exist. And, then there’s his son, Rafe. Charlie feels an irresistible pull toward the younger man, despite his obvious lack of social skills and an almost pathological tendency to overprotect his father.

Yes, her new clients are an odd pair. But, somehow, Charlie can’t help getting attached to both Del and Rafe. She opens herself to all her clients and their families, just like she opened her home to Happy, the shelter puppy who became her therapy dog and best friend. Still, her kindness led to serious trouble once, and an ongoing running battle with the ex in question. When it comes to intimate relationships, Charlie has erected a few walls of her own to protect a vulnerable heart.

The island of peace Charlie has created around her mysterious clients can’t last forever, though, and neither can the secrets Rafe has been guarding. Charlie’s gentle soul will be tested to its limits when the truth Rafe has been hiding is finally revealed. When her world is suddenly remade in the light of what he tells her, Charlie will have find the courage to face a new future—with him.

Earth shielded his secrets--
Until her love unlocked his heart.

Rescue agent Rafe Gordon is human, though Earth has never been his home. But when his legendary father Del becomes the target of alien assassins, Rafe must hide the dementia-debilitated hero in the small mountain town where the old man was born—Masey, North Carolina, USA, Earth.

Home care nurse Charlie McIntyre and her therapy dog, Happy, have never had such challenging clients before. Del’s otherworldly “episodes” are not explained by his diagnosis, making Charlie question everything about her mysterious charge and his dangerously attractive son. Rafe has the answers she needs, but Charlie will have to break through his wall of secrets to get them.

As the heat rises between Charlie and Rafe, the deadly alien hunters circle closer. The light they seek to extinguish flickers in the gloom of Del’s fading mind—the memory of a planet-killer that threatens to enslave the galaxy.

Not Fade Away, Interstellar Rescue Book 4 launches June 12. Get yours on pre-order NOW on Amazon.com!
Posted by Donna S. Frelick at 7:42 AM