THE SETTING FOR NOT FADE AWAY, PART 2

Not all of my new contemporary SFR novel Not Fade Away, Interstellar Rescue Series Book 4, is set on Earth. A large part of the book tells the story of secondary character Del Gordon, father of the hero Rafe Gordon, who was witness to the secret development of a terrifying weapon of mass destruction by the alien Grays. This took place at a labor camp called T7where he was held prisoner, Conditions at the camp, located on a desert planet were, well, not easy. Check out the snippet below for a hint of what things were like. 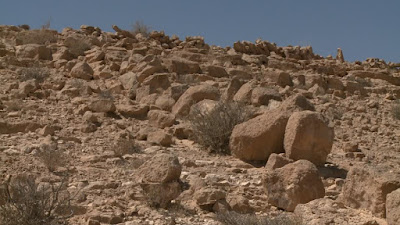 His friend found a seat beside him in the lee of one building and pushed the blond hair out of one eye.  “Gonna be hot.”

Del glanced up at the white sun peeking over the horizon. “Freakng hot. Young sun. And have you noticed the air?”

“I noticed there’s not a helluva lot of it. I’m wheezing like an old geezer.”

Del laughed at that. Shef wasn’t too tall, but he was built like—what did they used to say back home?—a brick shithouse. Though he’d forgotten what that really meant.

“There’s some small earth-moving equipment.” Shef nodded toward one end of the compound. “Ten bucks says we’re here to dig.”

The bets were a joke between them, something to help them remember, though they hadn’t seen anything resembling cash money since they’d been Taken. “I wouldn’t bet it even if I had it.” Del shifted his gaze to a row of squat shipping cases stacked beside a building to his right. “Those containers hold blasting gel.”

“You can read Minertsan now?”

“See the marking on the lower left side? Looks like an inverted chevron with a check through it? We saw that before in the Depara mine.”

Shef cursed. “I was too busy trying to keep my ass in one piece. If I saw it at all I figured it meant, ‘Watch your ass.’”

They would have shared the laugh, but the guards were circling now. They put on their blank faces and made like zombies. Then they got up and got in line with the others.

The guards marched them out through the only gate in the 18-foot-tall fence surrounding the camp and over a dusty trail through rocky scrub. They hadn’t been walking long—just long enough to build up a good sweat in the already-sweltering day—when they topped a low rise and looked down into a bowl full of jagged rocks and scraggly brush.

Del lifted his gaze up to the relentless white sun and dropped it back into the cruel landscape of their workplace. He was careful not to look at his friend. He knew if he saw Shef’s face he would not be able to hide his own despair.

Not Fade Away, Interstellar Rescue Series Book 4, is available for pre-order NOW on Amazon.

Cheers, Donna
Posted by Donna S. Frelick at 9:00 AM